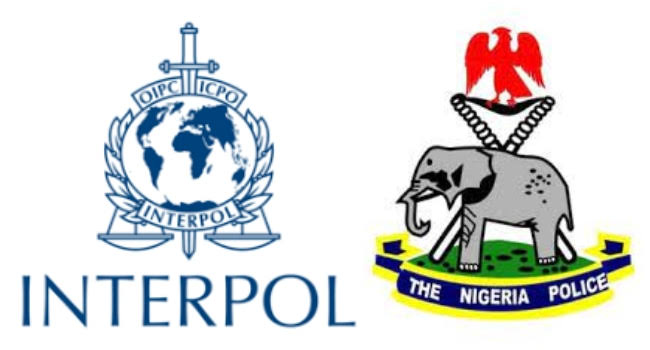 The International Police (interpol) says it has arrested a 37-year-old Nigerian man who is suspected to be ringleader of an international cybercrime syndicate.

His arrest was announced in a statement issued on Wednesday by the Nigeria Police Force. It also disclosed that his criminal operations cut across four continents.

He met his waterloo after he was nabbed by the cybercrime unit of the police at Murtala Mohammed International Airport in Lagos.

The arrest is sequel to a major sting last year that resulted in the arrest of more than a dozen suspects allegedly tied to the notorious Nigerian crime ring, dubbed “SilverTerrier” by cybersecurity firm Palo Alto Networks.

In tracking the suspect’s movements online and offline, the police operation, codenamed Delilah, was said to have been initiated by an intelligence referral from several INTERPOL partners from the private sector: Group-IB, Palo Alto Networks Unit 42 and Trend Micro.

Cybercime: FG ordered to take over teenager’s property in Kwara

Investigators began to map out and track the alleged malicious online activities of the suspect, thanks to ad hoc support from private sector firm CyberTOOLBELT, as well as tracking his physical movements as he travelled from one country to another. Nigerian law enforcement successfully apprehended the suspect at Murtala Mohammed International Airport in Lagos.

“The arrest of this alleged prominent cybercriminal in Nigeria is testament to the perseverance of our international coalition of law enforcement and INTERPOL’s private sector partners in combating cybercrime,” said Garba Baba Umar, Assistant Inspector General of the Nigeria Police Force, Head of Nigeria’s INTERPOL National Central Bureau and Vice President for Africa on INTERPOL’s Executive Committee.

“hope the results of Operation Delilah will stand as a reminder to cybercriminals across the world that law enforcement will continue to pursue them, and that this arrest will bring comfort to victims of the suspect’s alleged campaigns,” the Assistant Inspector General added.

“This case underlines both the global nature of cybercrime and the commitment required to deliver a successful arrest through a global to regional operational approach in combatting cybercrime,” said Bernardo Pillot, INTERPOL’s Assistant Director, Cybercrime Operations.

“The persistence of national law enforcement agencies, private sector partners and the INTERPOL teams all contributed to this result, analysing vast quantities of data and providing technical and live operational support,” Mr Pillot added. “Cybercrime is a threat that none of our 195 member countries face alone.”