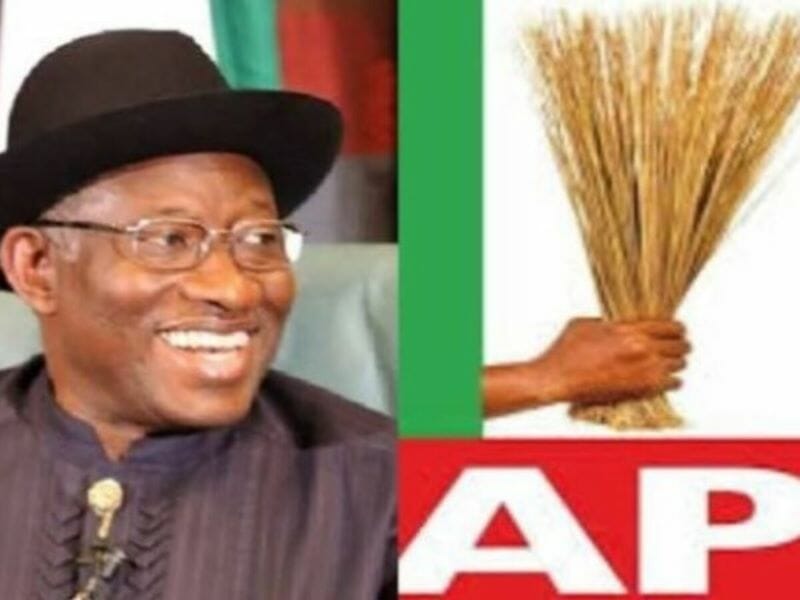 Former president, Dr Goodluck Jonathan, is till very much in the race for the presidential ticket of the ruling All progressives Congress, APC.

This is contrary to report that the ex president has pulled out of race for the presidential ticket of the party because he did not submit his nomination form.

Sources told Vanguard that he actually submitted his expression of interest and nomination forms to the party. However, party leaders could not confirm, yesterday, if he has left the Peoples Democratic Party, PDP, for the APC.

The move to include Jonathan in the race, sources said was partly responsible for the much-postponed screening of APC presidential aspirants.

It was also gathered that the bid by some powerful Northern political leaders to draft Jonathan into the presidency of Nigeria in 2023 is gaining momentum, with the endorsement of the idea by a cross-section of Northern politicans.

According to Vanguard, the idea has been pushed to President Muhammadu Buhari by his henchmen, he has neither rejected nor openly endorsed it as of the time of writing this report.

The media outlet quoted a source close to Jonathan’s camp as saying the bid by Jonathan to fly the APC flag in the 2023 presidential election is on the course but declined to give details of the process and who the promoters are.

The source was confident that barring any unforeseen political development, Jonathan might emerge the consensus candidate of the APC and win next year’s presidential poll with a wide margin.

The former president is said to have made some contacts with some powerful persons close to the president, who are also pushing the agenda to secure him the APC ticket.

The source said: “There have been a series of political stakeholders’ engagements and many more are still being held in a bid to finalise the details of the process and we are confident Jonathan will emerge the candidate of the party.

“Although there have been some back and forth developments relating to the project, there is clear hope now since the necessary contacts have been made and are still being made to advance the cause of the former Nigerian leader.

“The former president is likely to get the ticket of the APC largely because the majority of the stakeholders and supporters of other presidential aspirants are on his side, having seen and known that their principals will not be able to make it.”