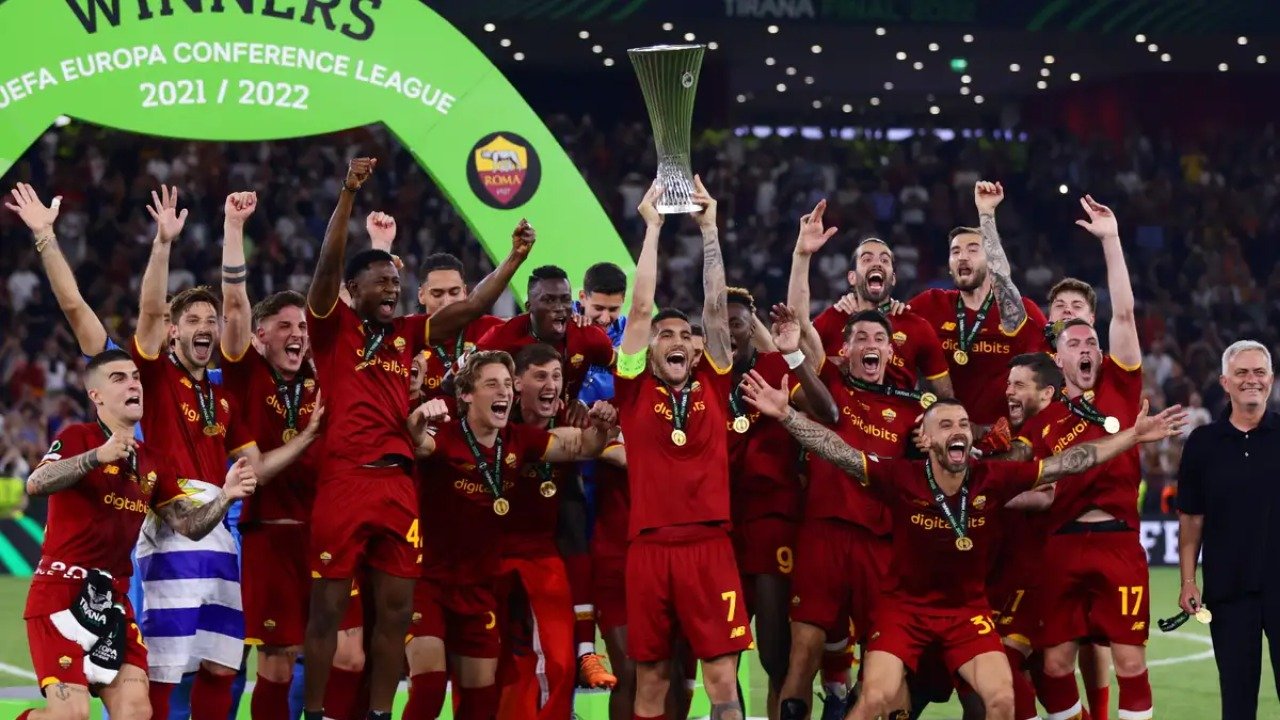 AS Roma’s reward money for winning the UEFA Europa Conference League (UECL) title in 2021/22 has been disclosed.

Roma will get £4.25 million ($5.35 million) from UEFA for winning the UECL this season ahead of Feyenoord.

On Wednesday night in Albania, Roma defeated Feyenoord 1-0 to win the UECL.

Nicolo Zaniolo scored the game’s winning goal in the first half for the Serie A team.

Roma and Feyenoord, however, were both awarded £1.7 million/$2.1 million for reaching the final, as well as tiered payments for their performances in the group and knockout stages.