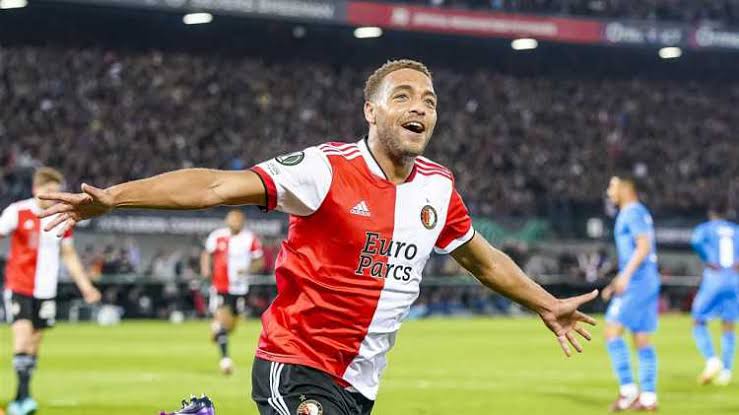 Feyenoord’s Nigerian striker Cyriel Dessers has emerged as the first ever top scorer in the inaugural UEFA Europa Conference League.

After the conclusion of the competition which saw Roma pip feyenood 1-0 in Wednesday’s final, Dessers finished as top scorer after netting 10 goals.

Dessers was in action in the final played in Tirana, Albania, but could not help Feyenoord to a first European title since 2002.

The hero of the night was Nicolo Zaniolo whose 32nd minute goal, landed Roma a first ever European title.

It also means Jose Mourinho has now won the Champions League, Europa League and the Europa Conference League, the first man to achieve the feat.

Dessers ended the season with 21 goals, six assists in 46 games in all competitions.

The Europa Conference League serves as the bottom level of the existing Europa League competition, which was reduced from 48 to 32 teams in the group stage.

The competition is primarily contested by teams from lower-ranked UEFA member associations.

No teams qualify directly to the group stage, with 10 teams eliminated in the Europa League play-offs and the rest coming from the Europa Conference League qualifiers.

The winners of the competition are awarded a position in the Europa League the following season, unless they qualify for the Champions League.