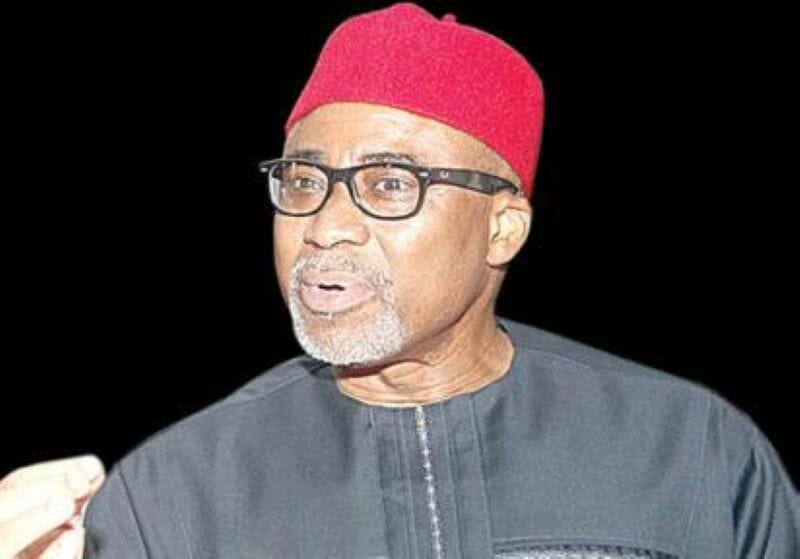 Abaribe also resigned as the Minority Leader in the upper chamber of the National Assembly.

He disclosed this in separate letters to the ward Chairman of the PDP in the Obingwa Local Government Area of Abia State and the President of the Senate in the National Assembly.

WITHIN NIGERIA recalls that Abaribe pulled out of the party’s governorship ticket in Abia State about 3 days ago.

Abaribe cited reasons of illegality, impunity and hesitations in decision-making for his decision to dump the party, adding that his next move would be communicated at the appropriate time.

“This development is consequent upon the shameful display of illegality, impunity and undemocratic decision of the party and after due consultations with my constituents.”

On his resignation as the minority leader in the senate addressed to the President of the Senate, Senator Lawan Ahmed, the letter titled, “Notification of Resignation from the Membership of the Peoples Democratic Party in the Senate,” read in part, “This is to notify you and my dear colleagues in the Senate that I have formally resigned my membership of the Peoples Democratic Party through my ward. This also means my resignation as (the) Minority Leader of the Senate.”

“I wish to thank you and my dear colleagues in the Leadership of the Senate for the warm camaraderie we enjoyed while I was Minority Leader.”