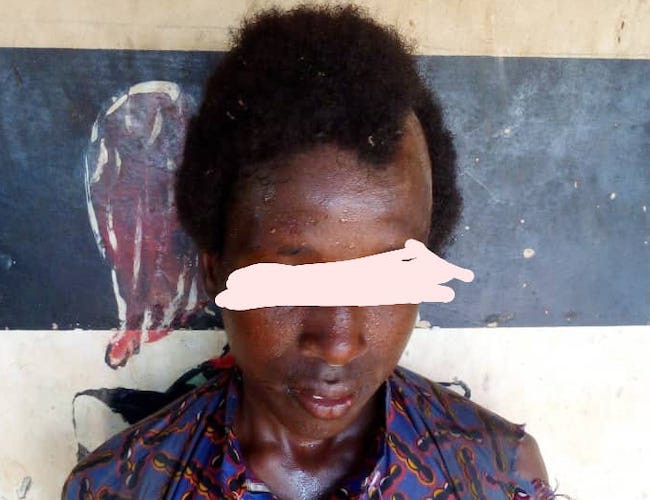 A man identified as Umar Bello, has been arrested by the Nigeria Security and Civil Defence Corps (NSCDC) in Kwara State for allegedly hacking his brother, Abdullahi Bello, to death.

Umar Bello killed his brother, Abdullahi during a deadly fight.

The unfortunate incident happened at Dogonruwa Area of Woro in Kaiama Local Government Area of the state in the early hours of Friday, May 27, 2022, according to the spokesperson of the corps in the state, Babawale Afolabi.

“In the early hours of Friday, 27/05/2022, our divisional office in Kaiama received a distress call that two brothers were engaged in a deadly fight, using dangerous objects like rod and cutlass,” the statement read.

“One of them has become unconscious due to loss of too much blood. We arrived at the scene of the incident promptly. But the victim of the attack died before he could reach a hospital.”

The culprit was later picked up and handed over to the police who subsequently arrived at the scene of the incident for further investigations and possible prosecution.

The NSCDC said that the remains of the deceased have been evacuated from the scene of the incident.