The Osun State Police Command has launched an investigation into the alleged assassination of Ezekiel Ajewole on his farm in Iberekodo, Atakumosa West Local Government Area, by some illegal miners.

It also confirmed that three people have been arrested in connection with the murder.

Yemisi Opalola, the Police Public Relations Officer for the Osun Police Command, confirmed the situation, saying that the State Criminal Investigation Department (SCID) had taken over the investigation and that justice will be delivered properly.

She further stated that the accused, Musefiu, Ojo Olowookere, and a woman, allegedly hired foreign illegal miners who are still on the loose.

However, the elder brother of the deceased, Wole Ajewole stated that his late younger brother informed him about the encroachment into his farm by the illegal miners who were working for one Sunday Aluko and Ojo Olowookere.

Ajewole said the victim also reported the trespass on his farm to community leaders whose efforts to intervene in the matter proved futile, as the duo of Sunday Aluko and Ojo Olowookere did not desist from their illegal activities.

“The community leaders tried to resolve the matter and cautioned Ojo Olowokere and Sunday Aluko to desist from sponsoring illegal mining activities on Mr. Taiwo Ajewole’s farm,” he said.

He revealed that his brother was shot dead by his assailants when he confronted and challenged them to stop the illegal mining activities on his farmland.

“Mr.Taiwo Ajewole was killed by these illegal miners on his farm at Odo-Oko stream in Iberekodo-Ijesa Village, Ward Two, Atakunmosa West Local Government.

“The corpse of the deceased was retrieved from the scene of the incident and deposited at Wesley Guide Hospital, Ilesa.

“The miners are at large but the matter is incidented at the Police Station, Osu and the Police are trying to arrest the principal characters involved in the whole saga,” he revealed. 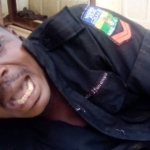 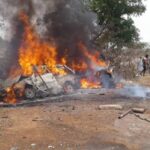 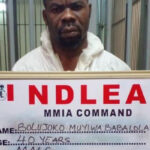 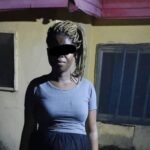