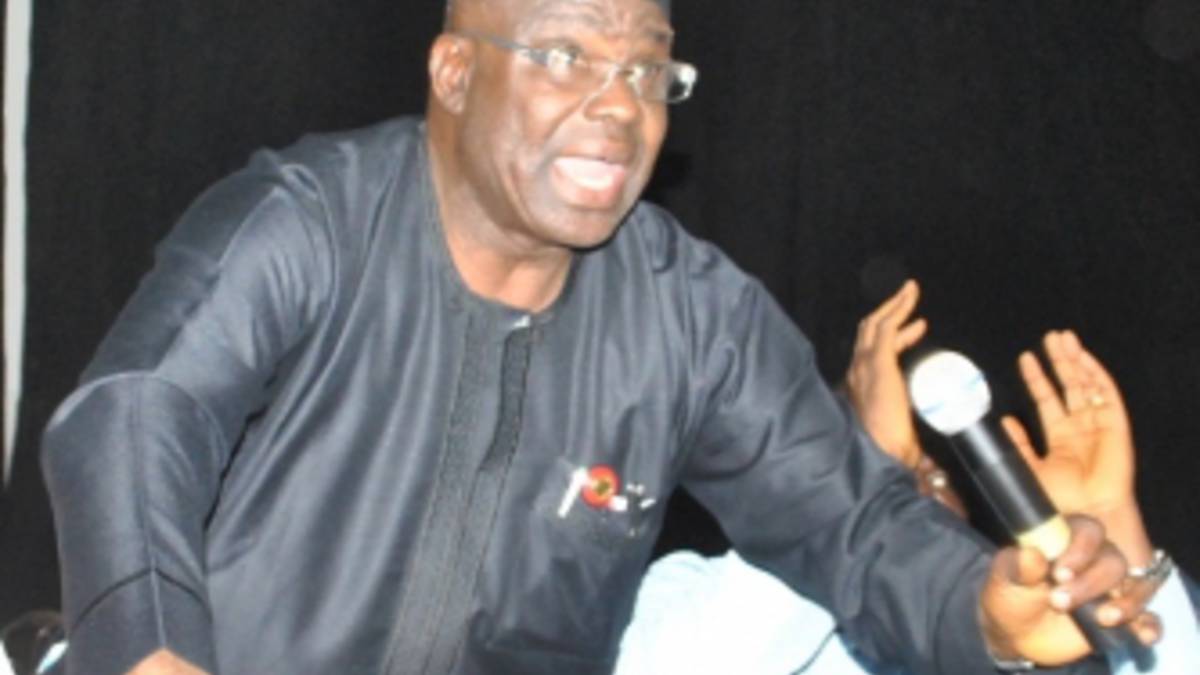 Senator Ayo Akinyelure, who represents Ondo Central in the National Assembly, has retrieved two of the vehicles he donated to delegates after losing his reelection ticket at the primary election of the Peoples Democratic Party (PDP).

The federal lawmaker also gave the delegate a 24-hour ultimatum to return the dollars he reportedly got before the election.

Akinyelure lost the PDP senatorial ticket to a Senior Advocate of Nigeria (SAN), Ifedayo Adedipe, who scored 82 votes against the current occupier, who polled 58 votes.

Spokesperson of the Senator, Charles Akinwon, who defended the action of his principal in a statement said the delegates did not fulfil the bargain made before the election.

Akinwon said, “For avoidance of doubt and to put the record straight, the public is to take note of the following facts as regards the case in question; Hon Akindiose, you promise to deliver Ondo East for Sen Ayo Akinyelure (ALLOVER-1) in the just concluded PDP primary election on a conditional promise to buy you a car for the work you did in 2019 and the Senator told you that this is not practicable in the present circumstances because there are 5 other chairmen and all of you have been receiving N25,000 monthly allowance unhindered since his assumption of office over two and half years ago and you later complained that your car was faulty, and demanded that you need a car urgently to do the job of Ondo East and West to deliver substantial delegates for him and the Car (Lexus 330) in question was released to you from his pool to work for him and be returned on completion of the assignment, and he promised to buy a car for you if you deliver on your promises to win the primary election.

“The agreement was that this acclaimed gifted car would be recovered from you to give you another Car to compensate your efforts, after you must have delivered on promises, which you eventually failed to do. There was no transfer of Ownership document because it was not a gift but was released to you to carry out an assignment of mobilization of delegates to enable him win election, but this condition was not fulfilled by you. You voted against him, and you showed your vote to the Senator’s Agent in the voting center.

“That instead of fulfilling your promises, you voted against him and mobilize delegates against him, and he lost all the votes of Ondo East and West on the instructions of your political god fathers. Thereafter, you went ahead to go and forge “Change of Ownership” of the said car in your favor and sworn two different affidavits that the car was sold to you by Senator Ayo Akinyelure, while the second affidavit stated that it was a gift from Senator Ayo Akinyelure (two contradictions) and you went ahead to go and register his car in your own name without his authority. As a lawyer you should know that this is a case of conversion of another man’s property and a perjury for lying on oath.

Suspect’s mother and landlord paraded as accessories to robbery in…

“You also went ahead to collect $5,600 for 7 delegates at $800 each and N150,000 for hotel expenses collected from his house with your instruction by Wole Akinjo, CINCERO Akindiose and Oriola AKINWONMI on 23rd May 2022 at about 6am in the morning and you confirm delivery of cash to you on phone when the 3men got back to you for the 7 Delegates in your care to vote for him, when you know that you were not going to vote for him. You confirm that you never voted for him, this is a breach of verbal agreement with Sen Ayo Akinyelure, an action that will not entitle you to be given a car after the election out of some cars already bought by him to be distributed after the primary to some chairmen and others he promised along with you.

“The five (5) Cars bought by Senator Ayo Akinyelure to be given as gifts to you and others are in his residence in Akure out of which he had already given two (2) out to his loyalists, despite losing at the party primaries, assuming you deliver on your promises you would have gotten your own car on return of his Lexus car as agreed.
Therefore your claim that he collected a gifted car from you for work done on 2019 is false and a cheap blackmail. The Senator is a man of integrity and he is known to be a “talk and do” Senator of Ondo Central.

“These are the reasons he requested you return the car with all the Money collected from the Senator for the seven (7) delegates and hotel bill obtained by false pretenses, or face a court action for perjury and conversion of his property without his lawful authority.

“You are therefore given 24 hours to return the money collected from him in your best interest. You only returned the said car on the strong advise of Police officers in charge of recovery on police intervention on 24th May 2022, but up till now you refuse to return the $5,600 and N150,000 you instructed him to transfer to account of Wole Akinjo for hotel expenses of 6 and yourself making 7 delegates that slept in the hotel in Ondo and delivered to you by Wole Akinjo as claimed by him.”