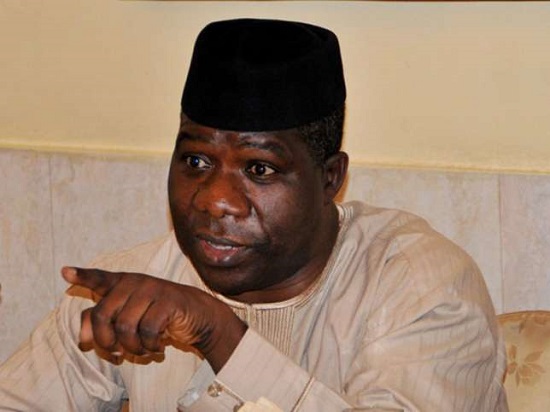 The Chairman, Senate Committee on Judiciary, Human Rights and Legal Matters, Senator Opeyemi Bamidele, on Saturday, got the ticket of the All Progressives Congress (APC) to return to the Senate.

He said the extension of the primaries’ deadline by the Independent National Independent Electoral Commission (INEC) was not done to favour the party.

Bamidele added that the extension granted by INEC will favour all parties to conduct their primaries in line with the provisions of the law.

The lawmaker, who garnered 275 votes to emerge victorious, said the honour of being returned unopposed would further propel him for effective and more rewarding representation for his people.

Briefing newsmen after being declared winner of the primary at Aramoko Ekiti, headquarters of the Ekiti Central Senatorial District, Bamidele debunked the claim that INEC took the action to put the ruling party in a vantage position.

“The extension order was taken by INEC and not President Muhammadu Buhari. President Buhari didn’t order it. The commission based its justification on the pressure mounted by all political parties that there should be an extension of time to which they can conduct their primaries.

“With the extension, all the parties, including the APC and other opposition can prepare ahead and do due diligence in electing their candidates.

“The APC Presidential primary is now pushed to next week and this was done because of the extension and other parties will enjoy the same privilege. To me, the extension is a welcome development”, he said.

In his acceptance speech, the serving Senator said returning him unopposed as the party’s candidate represented the highest regard and respect, that he won’t take for granted.

Bamidele added that his being returned unopposed signalled that he has done creditably well in the last three years.

He said the party, having overcome its primaries, should now focus attention on how to win the June 18 election for the APC candidate, Hon. Biodun Oyebanji, describes this as the best way to solidify the legacy already built by Governor Kayode Fayemi.