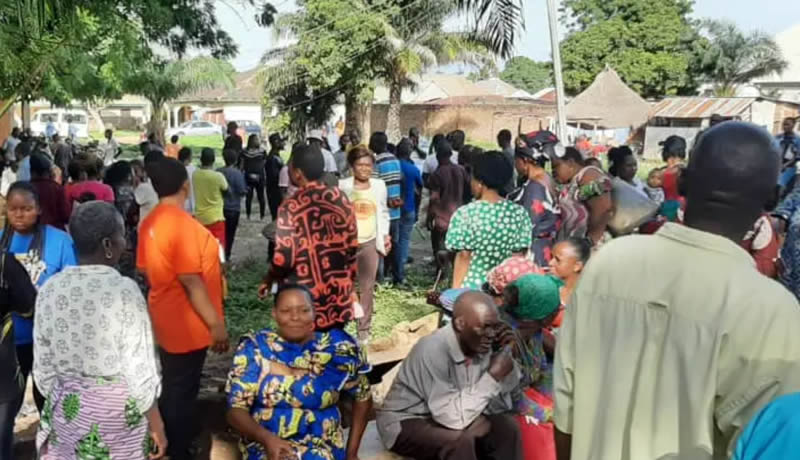 The Benue State chapter of the All Progressives Congress, APC, held primary elections on Friday, which were marred by disputes and violence in several wards.

The state chairman of the APC, Austin Agada, barely escaped being lynched, according to reports, when enraged APC members converged on him in protest over irregularities.

According to eyewitness sources, the event occurred at Otukpa, the headquarters of the Ogbadibo Local Government Area, as enraged APC members hurled their frustrations at Agada in order to send a message to the party’s leadership.

Agada hails from Ogbadibo LGA, where he was manhandled by irate APC members in a mob-style for saying that an election was held in any section of the state’s Benue South Senatorial District.

Altercations broke out WITHIN NIGERIA gathered as the state APC chairman tried to persuade members that the primaries had taken place.

Members of the APC were heard yelling at Agada to present result sheets and electoral documents to prove where the primaries were held. While attempting to explain himself, the enraged members swarmed on him, with gunshots heard and people fleeing for safety.

An eye-witness at the bloody incident, who pleaded anonymity, narrated that it took the swift intervention of security agents who whisked Agada away from being lynched as he was heard shouting for help.