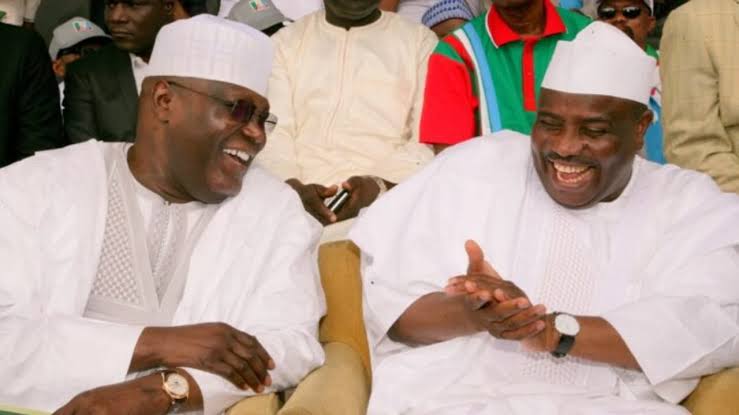 Aminu Tambuwal, Sokoto state governor, has stepped down from the presidential primary of the Peoples Democratic Party (PDP).

Tambuwal, one of the presidential hopefuls in the race, announced his withdrawal at the national convention of the opposition party on Saturday.

Earlier, the Sokoto governor had said he possesses all the qualities needed to be president of Nigeria, describing himself as a bridge between the young and the old.

“We are compelled to rescue this country and rebuild it together,” he told the delegates.

Subsequently, he said “ “Time has come for us to make sacrifices in the interest of our party and our nation. I have come to the conclusion that I have to step down”, he said.

He, however said he is supporting former Vice President of Nigeria, Abubakar Atiku.