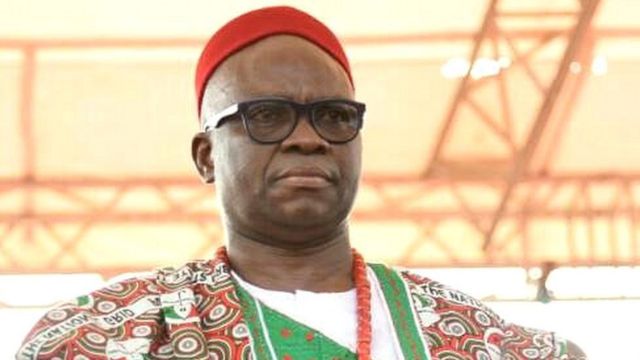 Governor of Ekiti State, Ayodele Fayose has stated that he warned Nigerians against voting for the incumbent president, Muhammadu Buhari, but was snubbed.

He said he knew from the onset that the All Progressives Congress and the president never meant well for the country.

This was made known on Saturday by the presidential hopeful during the National Convention of the Peoples Democratic Party in Abuja.

He said, “Let me remind you that if I were to be a prophet, I will be making a lot of money, I told you if Buhari was elected and he was indeed elected, he has nothing to offer and the APC never meant well for the people.”

Fayose called on the delegates to vote for him, saying that he had penchant for defeating incumbents which he demonstrated in Ekiti.

“I want to remind you that I was a two-term governor of Ekiti State and defeated two incumbents at two different attempts, which means if given this opportunity, I will defeat anyone brought forward by president Buhari in a landslide victory.

“Let me remind you that I have a penchant for defeating incumbents,” he said.

He also called on the delegates and aspirants to support whoever emerged as the party’s flag bearer.

Fayose said, “Today, I am calling on all of you to equally remember that the PDP should be in the bigger picture. The PDP should be the party, not what we want to tear into pieces. Whoever becomes the flag bearer, we should be ready to work with him. Power comes only from God.”