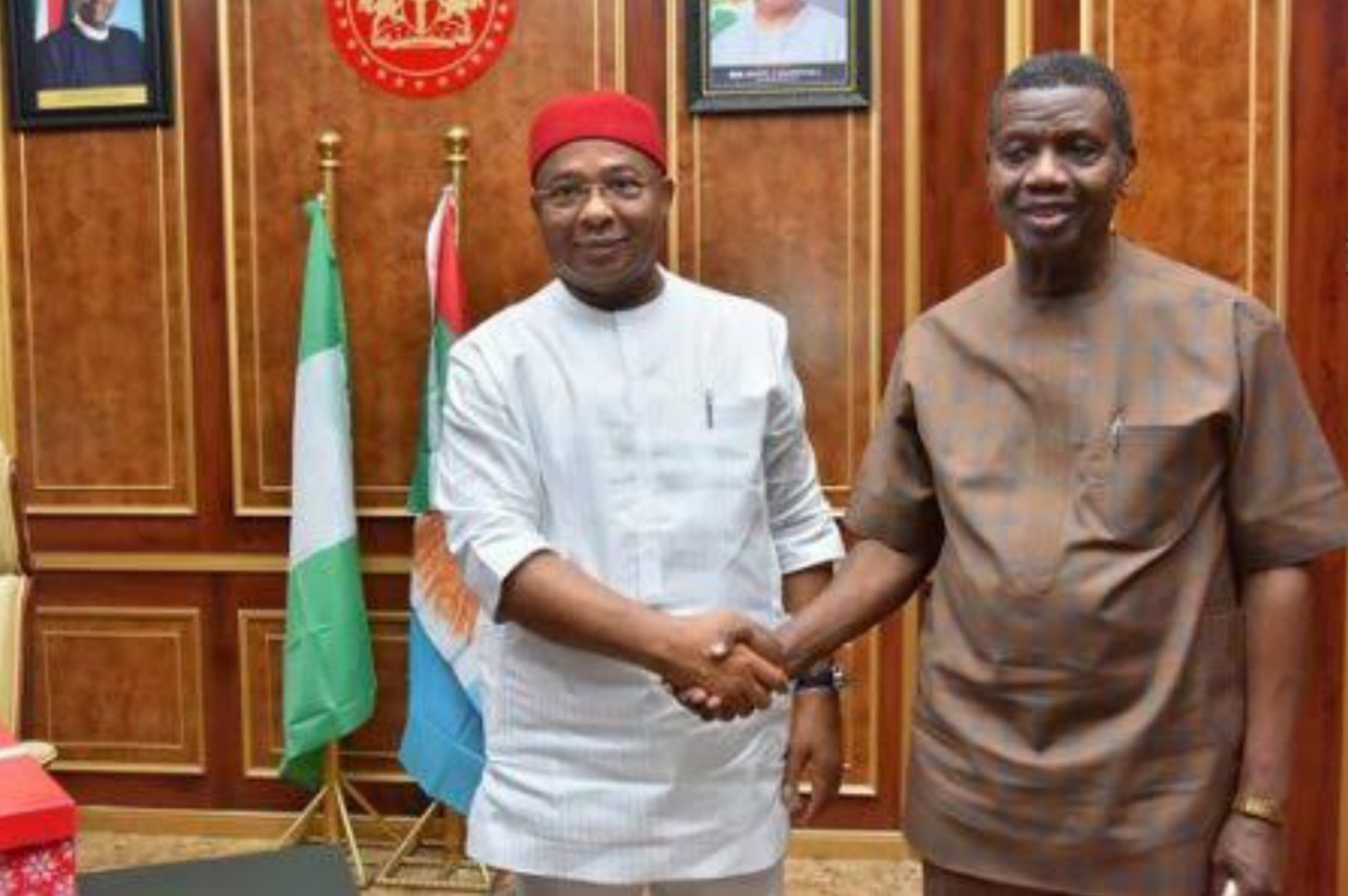 The General Overseer of the Redeemed Christian Church of God (RCCG), Pastor Enoch Adeboye on Friday told Governor Hope Uzodinma of Imo State that the security challenge facing Nigeria was not ordinary, but assured that God’s intervention was real and inevitable.

‘’The problem of Nigeria today is beyond human comprehension, a situation where non-state actors dictate to government when people should come out and not to come out,” Adeboye said during a courtesy call on the Governor at the Government House Owerri in the company of some of his senior pastors. Pastor Adeboye said his team and members have been fasting and praying for the restoration of the land for days but that God directed him to visit the places and lands across Nigeria where the forces of darkness were enveloping light, hence the visit to Imo for a prayer session.

He informed the Governor that the reason for his visit was not just to have his feet touch those lands and places where the forces of darkness tend to have taken upper hand, but to proclaim and decree the strength of God Almighty on such places.

He said: “With the visit, South East from henceforth, there must be light.”

Receiving the General Overseer and his team, Governor Uzodinma described the visit as “a big privilege because Adeboye is believed to be a real anointed man of God.”

Governor Uzodinma said Imo people and his government were not in doubt that Pastor Adeboye’s visit will bring peace, unity and stability to Imo State in particular and the South East in general because they were required for progress and development.

He described Pastor Adeboye as one of the true men of God who, the people believe, in the current situation and challenges facing the country, “as the last hope of the common man. We have seen, we have heard and we believe.”

Governor Uzodinma assured Pastor Adeboye of the support of the people and government of Imo State to make his visit a successful one, and also prayed God to protect him and his team, not only on their visit but in all they are doing “to rescue Nigeria from insecurity and the quagmire it has found itself.

“I am sure that the visit of Daddy G. O. Adeboye will bring peace, unity and remove all the things that cause distractions on the way of government and the people will confess with testimonies.”

Present at the visit were the President of CAN, Imo State Chapter, Rev. Dr. Eches Divine Eches, the Chief of Staff to the Governor, Barr. Nnamadi Anyaehie, the Attorney General and Commissioner for Justice, Barr. COC Akaolisa and other members of the State Executive Council as well as the member representing Okigwe South in the National Assembly Hon. Chike Okafor among other political leaders from Imo State.