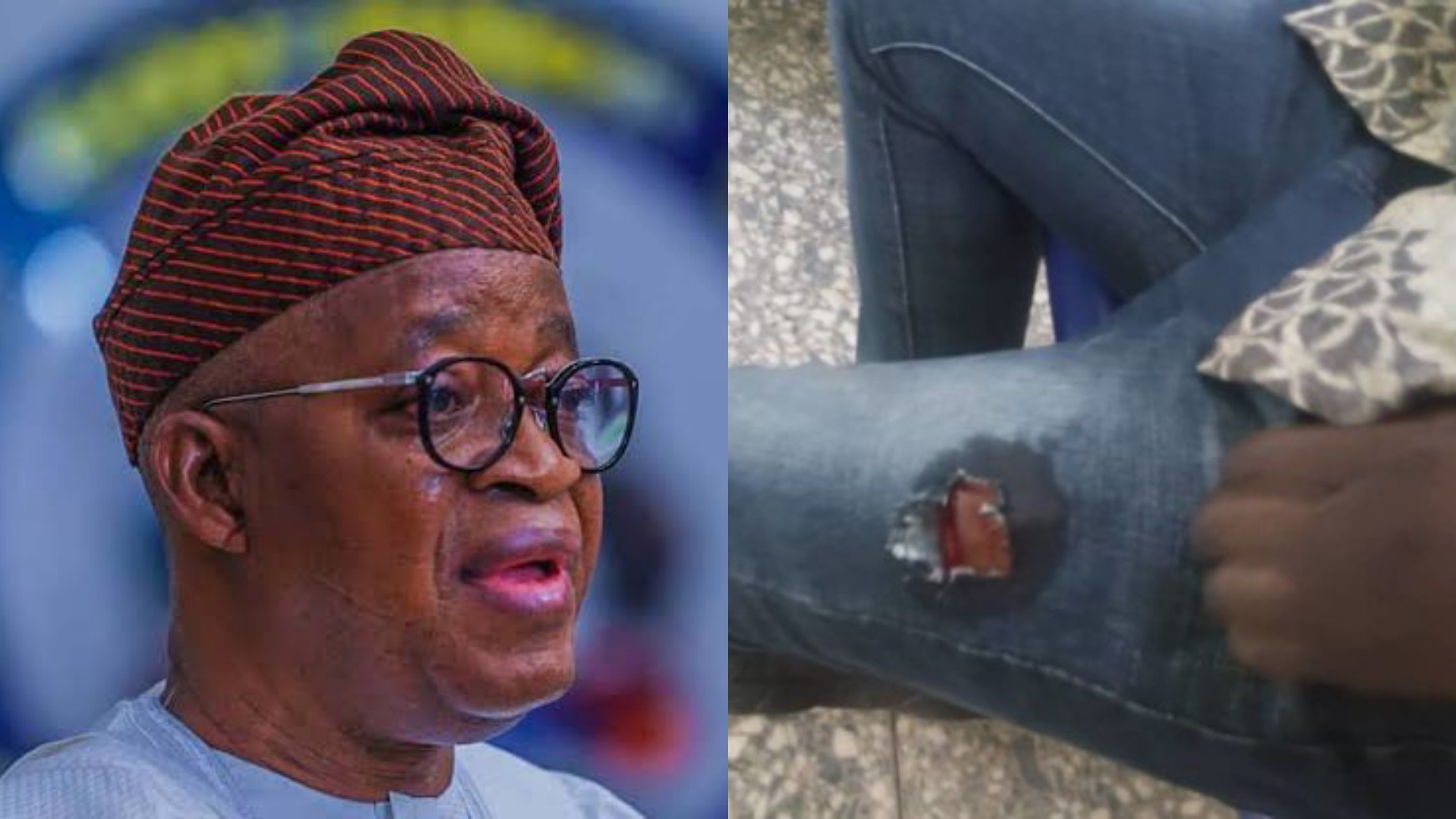 Oyetola condemns shooting of Journalist, one other in Osun

Governor of Osun, Adegboyega Oyetola, has condemned the shooting of the Nation’s Newspaper correspondent, Toba Adedeji, and another citizen by some trigger-happy police officers at Olaiya, Osogbo, the State capital on Tuesday.

Adedeji and a yet-to-be-identified citizen were reportedly shot by some overzealous policemen who were trying to disperse a group of people who had gathered to mourn the death of Abiola Afolabi, who was allegedly killed by police officers last month.

In a statement by his Chief Press Secretary, Ismail Omipidan, Governor Oyetola who is currently in Abuja for some pressing state and national matters, said shooting at unarmed citizens was completely unacceptable, irresponsible and condemnable, adding that the sad incident could have been avoided.

He noted that it was unfortunate that the sad incident occurred while the citizens were mourning the death of a loved one.

According to Governor Oyetola, such unlawful act by the police could aggravate an already- tensed situation that could lead to breakdown of law and order in the State. He, therefore, called for a thorough investigation of the incident, with a view to ensuring that the culprits are decisively dealt with in accordance with the law of the land.

“Shooting at journalists and unarmed citizen is completely unacceptable, irresponsible and condemnable. The police officers have no justification for this unfortunate and unlawful act. They could have employed other means rather than resorting to deadly force to disperse the group.

“The frequency of these unfortunate and avoidable provocative incidents is a source of concern to us, as a government. I have, therefore, directed the State Commissioner of Police to investigate the Tuesday shooting incident and ensure that the officers who are involved in it are identified and punished in accordance with extant regulations and law.

“We must ensure that this kind of sad and barbaric incident does not occur again in our State.

“I wish the Nation Newspaper correspondent, Adedeji, and the other citizen whom I learnt are presently receiving treatment at the hospital, speedy recovery. I am also calling on residents of Osun to remain calm and not take the law into their own hands. I assure that this matter will be pursued to a logical conclusion and the erring officers dealt with accordingly,” He said.