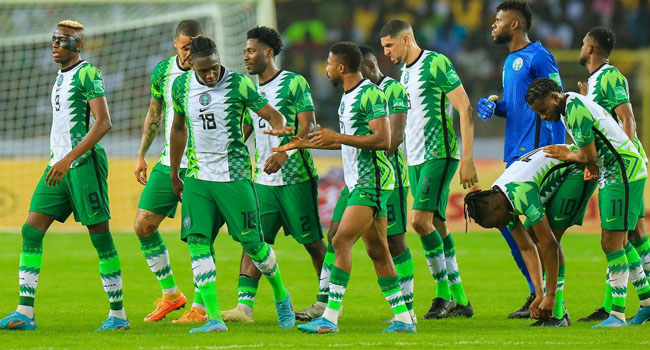 Following Super Eagles’ 2-1 defeat to Mexico in Sunday’s friendly encounter at the AT&T Stadium in Texas, United Sates  William Troost-Ekong has revealed the reason they lost.

It was reported that the Super Eagles players led by coach Jose Peseiro did not have enough time to prepare for the game due to long travels by some of the players from their base in Europe and Nigeria.

Some regular members of the team also pulled out of the games due to visa hitches and injuries.

Despite all the setbacks, the Super Eagles put up a respectable performance in the game.

Troost-Ekong, who plays for Sky Bet Championship club, Watford, played a part in the team’s defeat to the El Tri.

“We were unhappy to have lost to Mexico because everyone worked very hard.” Troost-Ekong told thenff.com.

“The issues of long travel and little time to adapt to the new zone affected us all in the first half, but we created a raft of chances in the second half and were unlucky to have lost.

“Nevertheless, we have taken on board a lot of lessons from the game and they will be quite useful in subsequent matches.”

Troost-Ekong heaped plaudits on the four home-based professionals who were given opportunities in the second half, saying they were tireless and showed composure and confidence against the El Tri.

“Everyone has been great here with good attitude and response at training’”, he added.

“However, I must specially commend the teammates from the Nigeria Professional Football League who have shown poise, pace and power and also commitment; they have no doubt raised the NPFL’s profile with their attitude and performance.”