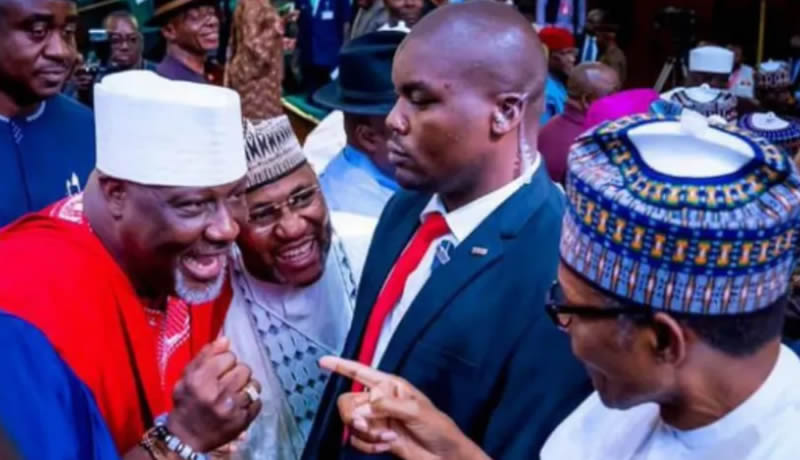 2023: Be on alert, Buhari planning to impose president on us – Dino Melaye to Nigerians

Senator Dino Melaye, a former lawmaker, has claimed that President Muhammadu Buhari is attempting to impose his successor on Nigerians.

Dino, who lost his bid for the Peoples Democratic Party’s ticket to run for the Kogi West Senatorial District in 2023, said the country is practising democracy and will not allow the imposition of a president in a video posted on his social media accounts.

He said this in response to Buhari’s request for the APC governors’ support in selecting his successor.

Recall that Buhari, who met with the governors on Tuesday, had asked them to allow him to choose his successor as they did in their various states.

But Dino, in the video, tackled the president for using the word ‘successor’ and not party flag bearer, alleging that Buhari is aiming at imposing the next president on Nigerians.

He said, “Yesterday the president made a statement that is unconstitutional and showed some inhumane tendencies. The president said the APC governors should support him to choose his successor. The president used the word successor and not flagbearer or candidate of the APC.

“It is abominable and undemocratic for the president to be talking about a successor in an election that has not been conducted. I am calling on Nigerians to be at alert because the battle to salvage this country from economic scavengers is a battle of no retreat, no surrender”.