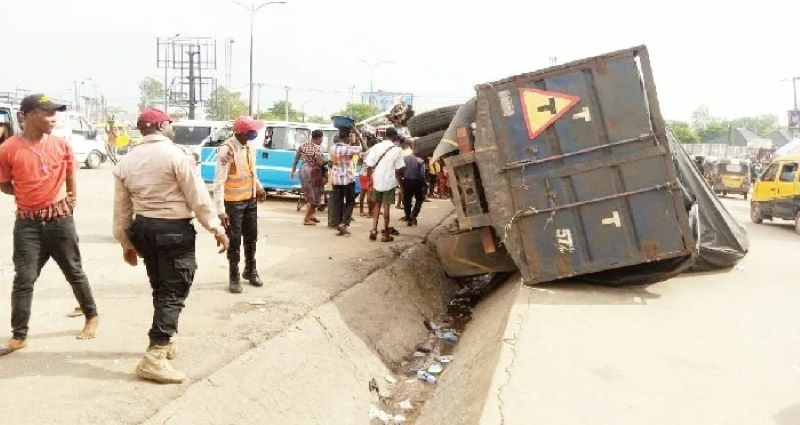 A bus driver and a female pedestrian have lost their lives on Wednesday in an accident involving four vehicles – a Mercedes Benz truck, a Mercedes Benz car, a Suzuki bus and a Mistibushi L300 bus , at the front of the Adam and Eve Motors, Upper Iweka, by Awka-Onitsha Expressway in Anambra State.

According to PUNCH, an eyewitness said the truck fully loaded with tiles and other building materials suffered brake failure and rammed into three stationary vehicles, killing the driver and the female pedestrian.

The victims – bus driver was in his vehicle waiting for his turn to load, while the pedestrian was hawking sachet water along the road.

Those injured were taken to the Toronto Hospital for treatment, while the corpses were deposited at the hospital’s morgue by the Federal Road Safety Corps rescue team from RS5.31, Upper Iweka Outpost Command.

He urged drivers to ensure their vehicles met minimum safety standards before hitting the road.

“Traffic rules and regulations must be obeyed at all times,” he added.