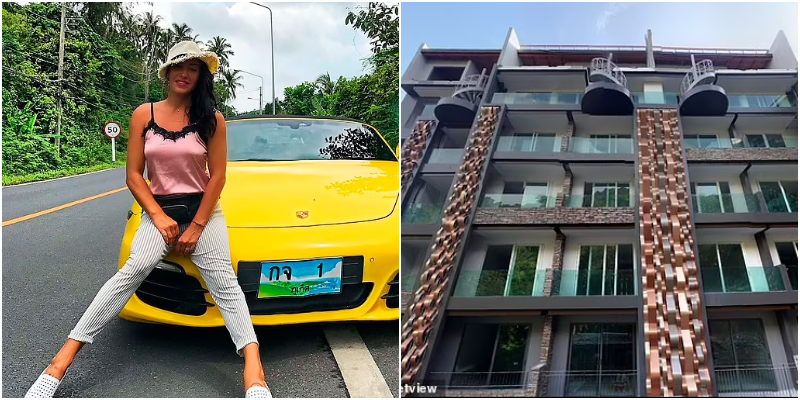 Thai police suspect a Russian model who died after falling 80 feet from an apartment in Phuket was pushed after they discovered a clump of hair in her hand.

After falling from an eighth-floor balcony at one of the Patong resort’s residential complexes, webcam performer Evgenia Smirnova, 37, sustained fatal brain injuries and a fractured leg.

The Russian woman is believed to have had many social media accounts under different identities and to have regularly live-streamed on an adult website till she died.

Authorities are currently conducting a forensic examination of the hair sample in Smirnova’s palm in order to determine who she may have grasped onto as she fell.

Smirnova was born in Nizhny Novgorod but moved to Russia’s capital, Moscow, as an adult.

She came in Phuket on Saturday, May 25, and her body was discovered in the early hours of Tuesday morning earlier this week.

Following the incident in the infamous Patong nightlife district, another Russian woman, Natalia Kosenkova, 35, was held together with two males on suspicion of drug use, according to the Bangkok Post.

The Jordanian was detained after attempting to board a flight out of Thailand in the aftermath of Smirnova’s death.

Earlier Police Lieutenant Colonel Chomphunuch Anantayakun had said: ‘We believe that the woman might have accidentally fallen from the balcony while looking out at the view.

‘However, it could be a homicide resulting from an argument.

‘We are in the process of interrogating the people involved.

‘The hair in the woman’s hand will go through DNA testing to find who it belonged to.’