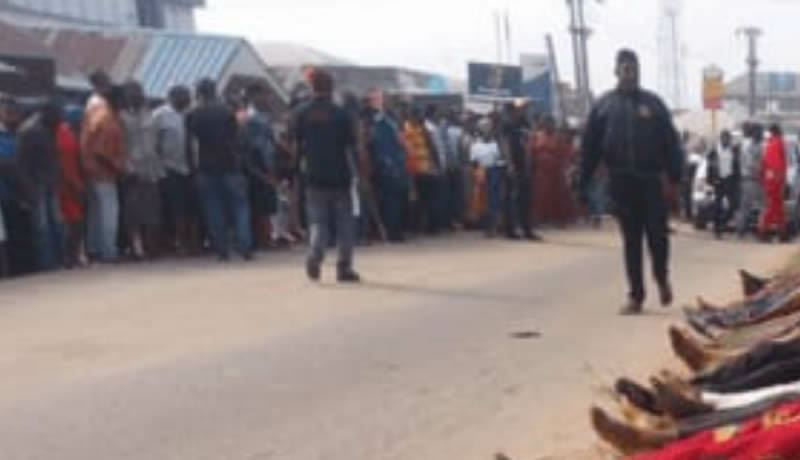 Some hoodlums have reportedly attacked Northerners in Ogwatoghose and Ikare areas of Ondo State in anger after the terror attack by gunmen on St. Francis Catholic Church in Owa-luwa Street, in Owo Local Government Area of the state.

According to SaharaReporters, a chief in Owo town, where the incident occurred, said some residents retaliated by attacking some Hausa people (ethnic nationality from Northern Nigeria) in some areas of the town.

The chief described the attackers as miscreants and hapless individuals who only used the opportunity to loot.

He said, ”There is a place where the Hausas buy and sell aluminium and iron material. They were beaten and their goods were destroyed. It happened at Ogwatoghose (Owatowse) Street.

“Opportunities to loot were not ruled out. The same attack happened at the Ikare junction area as well.

”Some of the attackers are miscreants. To me, these are hapless people fending for themselves.”

WITHIN NIGERIA had earlier reported some worshippers lost their lives in the explosion that occurred on the church premises while the mass was going on.

Members of the church were attacked by terrorists said to be of Northern extraction during the celebration of the Pentecost Sunday.