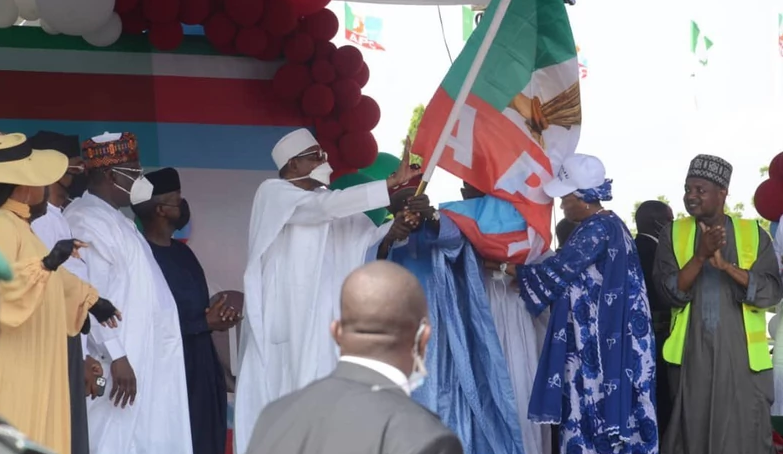 President Muhammadu Buhari has presented Asiwaju Bola Tinubu, the winner of the party’s presidential primary election, with the Victory Flag of the All Progressives Congress (APC).

According to the News Agency of Nigeria (NAN), APC delegates elected the former Lagos State governor as the party’s presidential flagbearer for the 2023 presidential election.

In his acceptance speech, Tinubu thanked President Buhari, APC leadership, governors elected on the platform of the APC, party delegates, aspirants and all those who contributed to the successful conduct of the convention.

He stressed the need for unity, cohesion and understanding among all party members to ensure electoral victory for the party in the forthcoming general elections in 2023.

According to him, he holds no grudges against those who contested against him, saying all hands must be on deck to ensure that the Peoples Democratic Party is stopped from coming back to power in 2023.

Tinubu, an accountant and politician was born on March 29, 1952, and had been one of the national leaders of the APC since the party’s formation in 2013.

He previously served as the governor of Lagos state from 1999 to 2007 and Senator for Lagos West in the brief Third Republic.