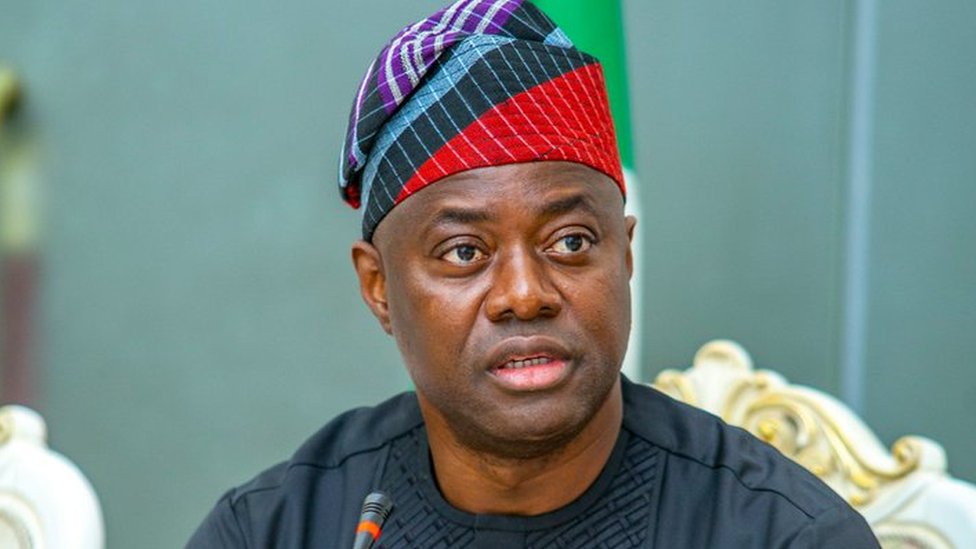 Governor of Oyo State, Seyi Makinde has disclosed that he would soon call an expanded Security Council Meeting in the state, which would include traditional rulers, to strategise on how to prevent attacks on communities in the state.

This was stated on Wednesday night by Makinde at the inauguration of a Mini-Mapo Hall built by the Ibadan South-West Traditional Rulers Council led by former Governor Rashidi Ladoja.

He said this became necessary following the massacre of worshippers by some gunmen at the St. Francis Catholic Church, Owo in Ondo State.

Makinde said those who attacked Owo could not have arrived in the town on the day they launched the attack, saying they probably had been in the town to survey and plan how to unleash terror on the innocent people.

He, however, stated that such operations could be foiled if traditional rulers and community leaders were incorporated into the security network in each community because they served as the eyes and ears for security agencies and the government.

The Owo massacre happened a year after gunmen invaded Igangan, a community in Ibarapa North Local Government Area of Oyo State, killing many and razing the Palace of the Asigangan of Igangan.

The governor said traditional rulers could be very useful in curbing insecurity in their domains if they were recognised and given the opportunity to play such roles.

Makinde said, “Three days ago, I was in Owo because of the security situation there and I told my colleague that those who perpetrated the attack would have come to the town to carry out reconnaissance before the day of the attack.

“It is only when we collaborate with our traditional rulers and chiefs that we can find a solution to such attacks.

“These people will know when new faces appear in their communities and report them first. It takes long before the government will hear of many things like that but if the traditional rulers are informed; they will tell us what they see in their communities.

“I told my Ondo State counterpart that the moment I returned to Ibadan, I would call an expanded Security Council Meeting and call all our traditional rulers there to deliberate on how to stop these kinds of attacks.”

Speaking at the Mini-Mapo Hall, Ladoja said the foundation of the hall was laid two years ago, expressing happiness that it was eventually completed despite various challenges.

The ancient Mapo Hall which still hosts various events was said to have been built by colonialists on top of Mapo Hill in 1925. About 98 years after it was built, Ladoja led traditional rulers in the Ibadan South-West Local Government Area to build a replica of the hall but smaller in size.

Ladoja, while expressing happiness about the completion of the project, said building the hall was not an easy task as they had to save and call on some indigenes of Ibadan at a point.

Some of the dignitaries present included the High Chief Eddy Oyewole; Chief Bayo Akande and his wife; a former Minister of Industry, Chief Onikepo Akande; President-General of the Central Council of Ibadan Indigenes, Yemisi Adeaga, and many others.