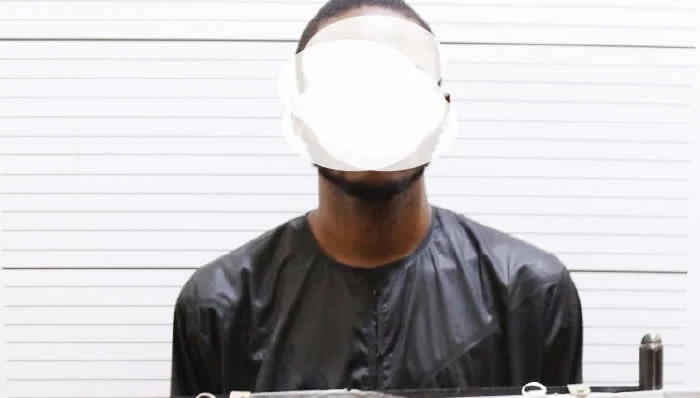 Cybercime: FG ordered to take over teenager’s property in Kwara

Federal High Court in Ilorin has ordered the forfeiture of a landed property belonging to a 19-year-old electrician, Jimoh Opeyemi, who was found guilty of internet fraud.

Justice Muhammed Sani gave the forfeiture order on Thursday while sentencing Opeyemi alongside five other persons prosecuted on separate charges over similar offences by the Ilorin Zonal Command of the Economic and Financial Crimes Commission.

Others convicted by the court alongside the electrician are Apata Lawrence, a tiler; Ologunsoro Benjamin, from Ikere Ekiti, Ekiti State; Obadun Busayo from Ondo West Local Government Area of Ondo State; Olajide Moshood from Modakeke area of Osun State and Johnson Oluwaseun from Olamaboro LGA of Kogi State.

They all pleaded guilty to their respective charge before the court.

Aliyu Adebayo and Andrew Akoja who prosecuted the cases on behalf of the commission reviewed the facts of the cases and tendered before the court the extra-judicial statements of the defendants and other incriminating items recovered from them at the point of arrest including a car, different brands of phones and laptops.

The prosecutors urged the court to consider the guilty plea entered by the defendants and the exhibits tendered to hold that the EFCC had established its case beyond doubt.

Justice Sani, after evaluating the facts of the cases and the evidence placed before the court said he found merit in the case of the prosecution against the defendants.

The judge sentenced Opeyemi to one year imprisonment with an option of N200,000 only. In addition to the forfeiture order placed on a landed property, which he acquired with proceeds of illegal activities, at Tanke area, Ilorin, the judge also ordered that the phones and a laptop used by the convict to perpetrate the crime be forfeited to the Federal Government.

Similarly, Apata was sentenced to one-year imprisonment with an option of fine of N150,000. Only the iphone 8 used by the convict to commit the fraud was forfeited to the Federal Government.

The judge also sentenced Ologunsoro to one- year imprisonment each on count one and two with option of N100,000 only as fine on each count. The convict would also forfeit the phones used as instrumentality of the crime and the sum of $300 to the Federal Government.

Similarly, Justice Sani pronounced a prison term of one year on Obadun with option of N100,000 only and an order forfeiting an iphone x used to perpetrate a crime to the Federal Government.

Olajide bagged one-year imprisonment each on count one and two with option of N100,000 only on each count. The court ordered that one infinix x 4 phone used to commit the crime be forfeited to the Federal Government.

The judge also sentenced Johnson to one-year imprisonment with option of N150,000.