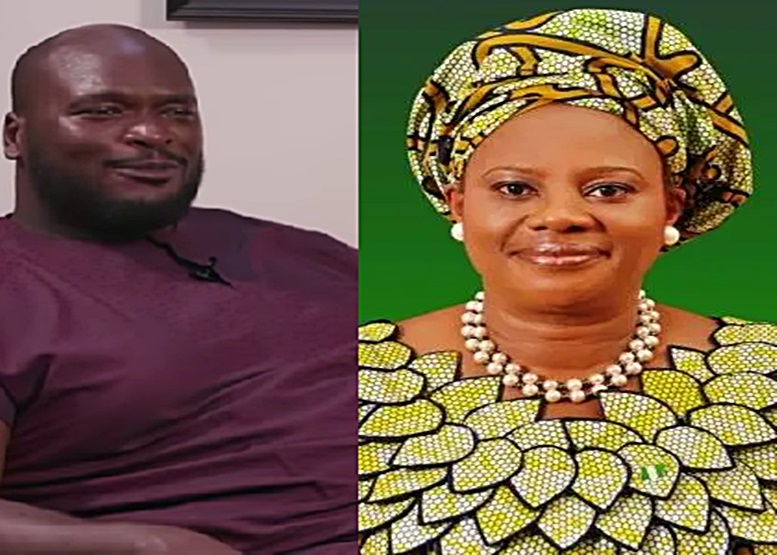 Years after her painful demise, NAFDAC DG Dora Akunyili and Dr. Chike Akunyili’s son named Hon. Obumnaeme Akunyili has opened up  about the sickness that led to his mother’s death.

Revealing how his mother made efforts to get healed, Obumnaeme, who is the Director General at Anambra State Project Monitoring and Management Office, disclosed that his mother went to a number of popular Nigerian religious leaders after she was diagnosed with stage 4 cancer, but this pastors used the opportunity to “milk” her while giving her false hope.

He called what the men of God did to his mother a “divine hustle”.

He said: “I saw the hustle. I feel like, how you tell your friend when there’s a job, I feel when there’s a public figure, all these pastors, their friends are like, ‘there’s this woman that is dying, we need to go and milk that puppy’.”

He continued: “So, I felt it was a racket. In Nigeria, we don’t call it crime or anything, but I felt there was a hustle.”

He revealed that his mother spent a lof of money, sowed all the seeds as the religious leaders promised her that she will be healed.

He said Dora Akunyili fought to live because she believed her work here was not done.

He added that his mother’s faith could move mountains and she was absolutely certain that she would live as the men of God assured her.

He told Chude Jidonwo during an interview: “She went to, is it Pastor Adeboye’s place in Lagos for like a week? The whole shebang. She came back and said they need to do a scan that God has healed her.

“And I remember my father was crying when he was taking her to do the scan. He knew what they would see. And he wasn’t trying to shut it down, he was trying to dampen expectations.

“But my mum, you know how someone is like ‘God has healed me’. And they go and they see the mass of the cancer there, grown larger, and my mum just became a shell for like three days.

“And you just see someone, a larger-than-life figure just whittling away every day.”

Watch the video below….