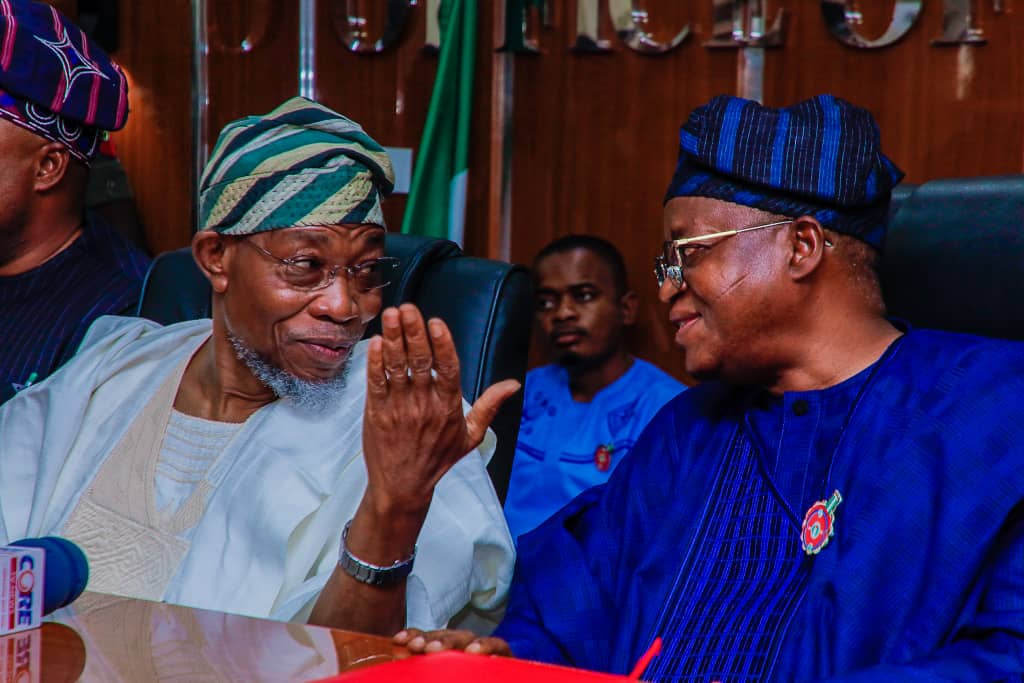 Kolapo Alimi, former commissioner for Local Government and Chieftaincy Affairs in Osun State has revealed why he dumped the ruling All Progressives Congress to the major opposition Peoples Democratic Party ahead of the July 16 governorship election.

Alimi on Wednesday while speaking during his official defection to the PDP in Osogbo accused the state governor, Gboyega Oyetola of dividing the Osun APC because of his feud with his predecessor and current Minister of Interior, Rauf Aregbesola.

He accused the governor of despising and alienating any member of the party who appears loyal to Aregbesola.

He added that Oyetola had tried to woo him over to his side, but for his staunch loyalty to Aregbesola.

Alimi, who has been appointed the Deputy Director General of Senator Ademola Adeleke Campaign Organisation upon his defection, said Aregbesola’s loyalists, including those who worked for the emergence of Oyetola as the state governor, had been skewed out in the APC’s scheme of things since the inception of Oyetola’s administration.

He lambasted the governor and described him as a saddist and stingy politician.

However, Alimi has declared that Governor Oyetola would lose the forthcoming gubernatorial poll to the PDP candidate, Senator Ademola Adeleke.

”Today, I and my loyalists have moved to PDP and we plead with the people of Osun State that come July 16, they should come out en masse to vote for Senator Ademola Adeleke as the governor of the state.

Any political observer in the state that has been monitoring political development in the state will know that shortly after the inauguration of Governor Adegboyega Oyetola, he started divisive politics against those he perceived as loyalists of Aregbesola.

We have cried out to so many quarters without any solution. “You know Aregbesola, himself, is a bigwig in APC, he cannot leave the party but to those of us that can no longer withstand the heat that Oyetola is using against us, we have to move out. We know that by the grace of God, Oyetola will lose, there is no amount of power intimidation or threat that can save him.

He has come and has divided the party (APC). Those who actually worked for him, he alienated them. He doesn’t know the value of his office that is why he cannot protect it.”

Aregbesola is a member of APC, he cannot be in support of my move but for those of us that were alienated because of our loyalty to Aregbesola and any political watcher will know that Oyetola will continue to malign Aregbesola. You cannot get any benefit from Oyetola no matter your contribution and we cannot do that, so we moved out,” Alimi said.