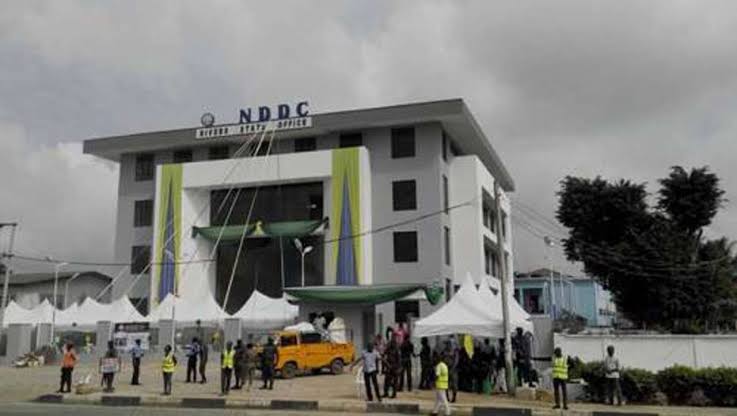 NDDC debunks report over constitution of new board

The management of the Niger Delta Development Commission, NDDC, has debunked a newspaper publication indicating that the Interim Administrator, Dr Effiong Akwa, is opposed to the constitution of a new board of the commission.

According to the management a group, Niger Delta United Congress, had allegedly sponsored the publication in a national daily of Wednesday June 15, 2022 quoting Dr Akwa as saying that the people “should reduce the agitation on board and work with the current management of the NDDC.”

The publication according to the management had claimed that Effiong Akwa made the statement during a Webinar Engagement for Stakeholders on June 4, 2022.

But the NDDC management in a statement made available to newsmen on Friday in Uyo Akwa Ibom State, said Effiong Akwa was not present at the occasion, but was represented by his Special Adviser on Youths and Sports, Engr. Udengs Eradiri, who did not make that statement at the online interaction.

The organisation noted that the Interim Administrator instead had used the occasion to call on the people of the region to trust the President Mohammadu Buhari, and would act on genuine request for the constitution of the commission’s board.

It reads in part: “The group claimed that Akwa made the statement during a Webinar Engagement for Stakeholders on June 4, 2022.

“We wish to state categorically that Dr. Akwa, who was not present at the occasion, but was represented by his Special Adviser on Youths and Sports, Engr. Udengs Eradiri, did not make that statement at the online interaction which focused on the theme: “2023 Elections and the Imperative for Strategic Participation of Niger Delta Youths.”

I will announce new NDDC Board soon – Buhari

“Indeed, it is on record that Dr. Akwa instead used the occasion to call on the people of the Niger Delta region to trust President Muhammadu Buhari on the development of the region, noting that the President would act on the genuine request for the constitution of a substantive board for the Commission.

” It is unfortunate that the newspaper allowed its platform to be used by mischievous politicians hiding under a nondescript group to continue the unfortunate agenda to create confusion in the Commission, and negate the gains of the past months.

“The Commission is aware of the desperate fight by certain individuals and groups to return the NDDC to the inglorious past of being an ATM for politicians to fund their campaigns.

“As the politics and campaigns for 2023 elections heat up, we understand that these campaigns of calumny, blackmail and subterfuge will become even more urgent and strident.

“The public should, therefore, disregard such spurious lies being masterminded, fabricated and orchestrated by persons who are positioning themselves and their associates for appointment into the Board of the NDDC.

“For the avoidance of doubt, the Commission states, without equivocation, that Dr. Akwa did not make the statement dubiously credited to him by this unregistered group, whose official address cannot be proven, neither did the Commission pay N20 billion naira to any ghost contractor.

“We, therefore, challenge the authors and fabricators of these malicious allegations to come out with proof.