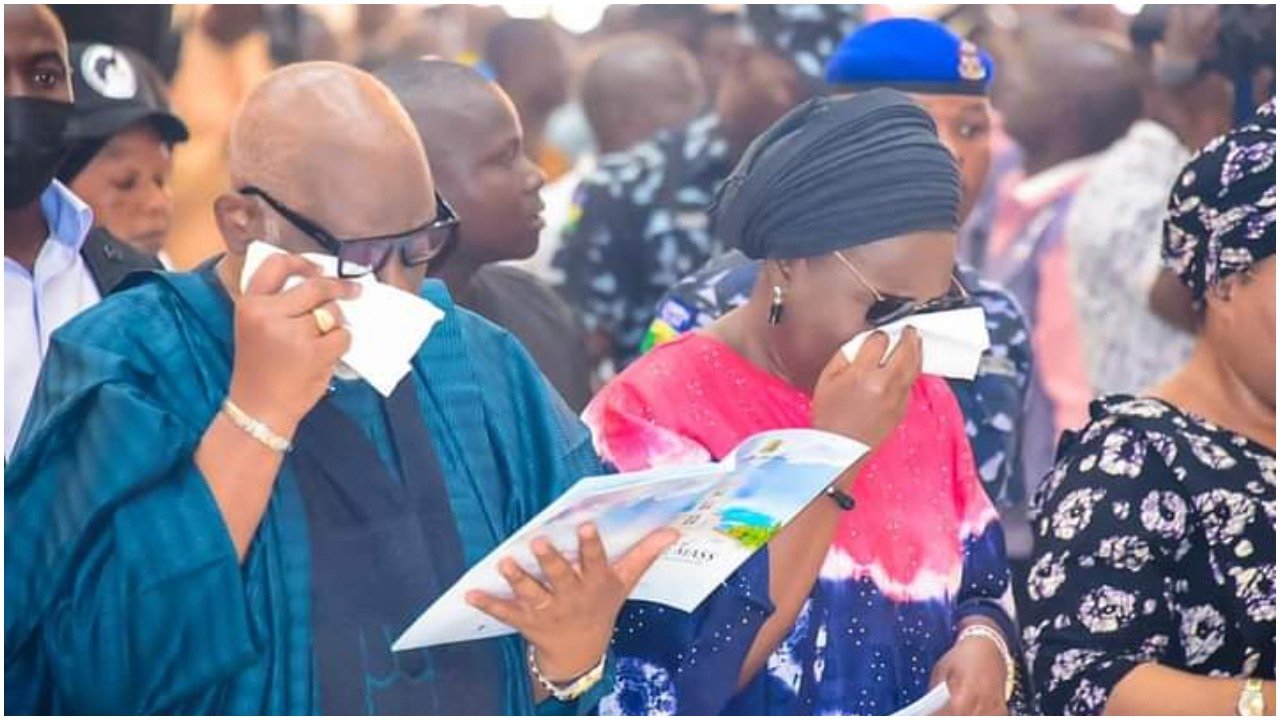 It was an emotionally-charged atmosphere as forlorn and grief-stricken family members and other men and women of benevolence showed up to pay their last respect to victims of the June 5th terror attack at the Saint Francis Catholic Church, Owaluwa, Owo, Ondo State,

A funeral mass was held for the victims on Friday at the Mydas Resort and Hotel, Owo.

The state Governor, Rotimi Akeredolu (SAN) was vocal in his condemnation of the attack and how the federal government handling of the country’s security situation contributed to the carnage.

The visibly distraught governor, who could not hide his emotions during the event, said he didn’t fail in his duty to protect everyone in his state, noting that the Owo incident underscored the need for state police.

According to Akeredolu, who sobbed and dabbed at teary eyes throughout his speech, the security architecture of the country needs total shakedown.

He added that the Yorubas can’t be dominated or subdued and the people will continue to remain peaceful and kind-hearted even in the face of vicious aggression.

Akeredolu said, “What has happened to us in Owo, Ondo State is indescribable. I still believe that there is no word to describe what happened. We have 22 of the deceased victims in this hall as some of them had been buried.

“Akeredolu is a strong soldier. He didn’t fail, he tried his best to protect everyone. We are not used to this and no one can get used to this. What does it take for every state to have state police? Those who allow this situation to happen have blood in their hands.

“Nigerians, you didn’t fail, the country failed you as well as the leaders who paved way for this. Nigerians must claim this country back from those who are destroying it.

“For those behind this, tell us what the anger is and not taking this route. If it is the way the Gov is protecting his people, tell us. The war they are fighting is not won this way. Nobody wins a war this way. You only win this kind of war by supporting your children and sending them to school.

“You can’t dominate us in Yoruba land with guns because we will always approach you with goodness. FG has shamed us. We are not proud of you.”