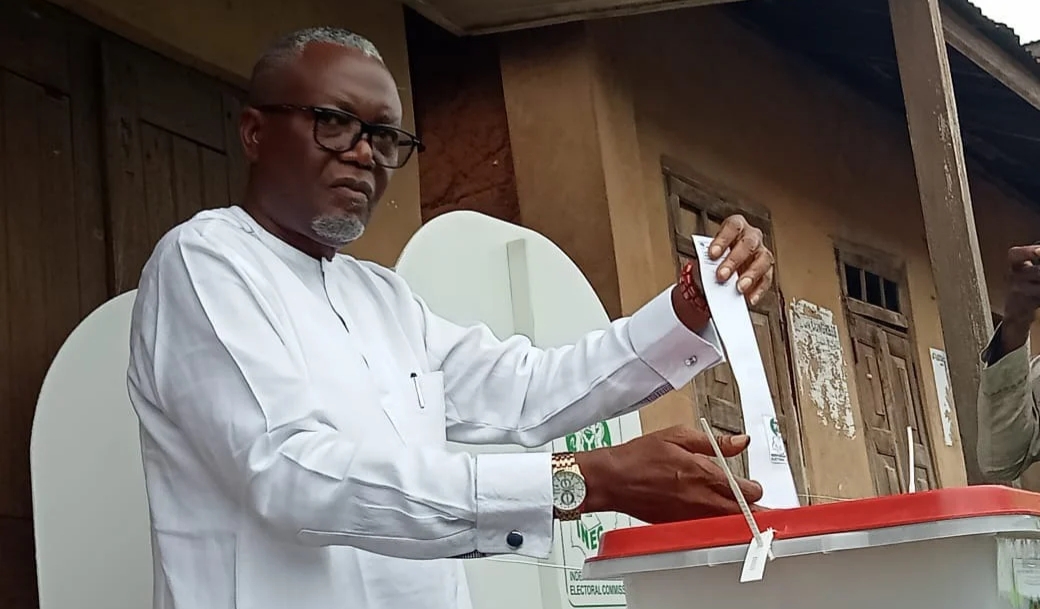 Bisi Kolawole, the candidate of the Peoples Democratic Party in the Ekiti State governorship election has cast his vote at Unit 001, Ward 8 in Efon-Ekiti, Efon local government area of the state.

WITHIN NIGERIA had earlier reported that residents of Ado-Ekiti as early as 6am trooped out in their numbers to participate in today’s governorship election holding across the 16 Local Government Areas of Ekiti State.

According to reports, a few went to their polling units by commercial motor bikes while many trekked long distances following the restriction on vehicular movements.

At the different polling units visited in the state capital, voters were seen checking their names on the displayed voter registers while others were on queues.

The Independent National Electoral Commission ad hoc officials arrived on time in readiness for the election, just as security agencies were on ground.

At about 7.30am, the INEC National Commissioner (Ekiti, Oyo, Lagos), Mr Sam Olumekun, was sighted at Ereguru Ward 08, Unit 05, Ado Ekiti on a monitoring assessment tour of polling units in the state.