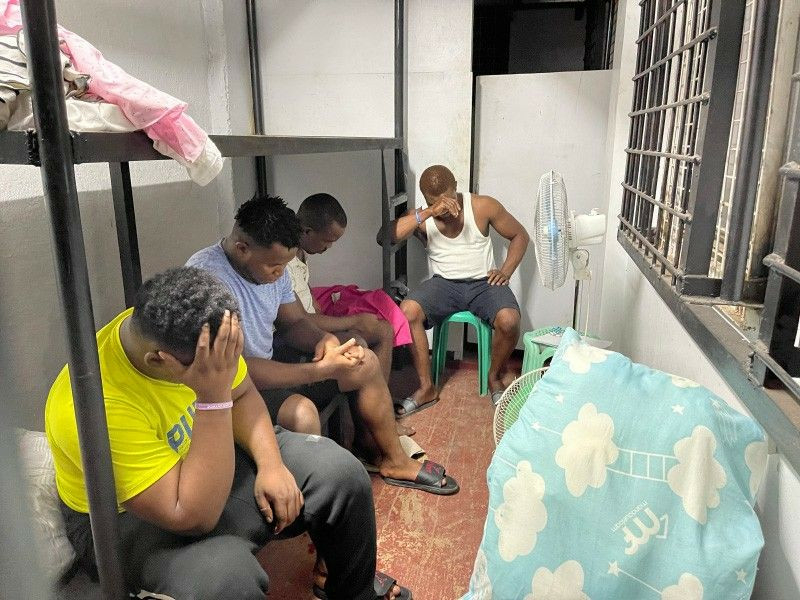 The National Bureau of Investigation Cebu Division Office (NBI CEBDO) in Philippines has arrested four Nigerians for allegedly falsifying government IDs and other documents to be used for online scams, authorities said on Wednesday, June 15.

The NBI agents swooped down on a house in a subdivision in Barangay Marigondon, Lapu-Lapu City at past 3 p.m. on Monday, June 13, 2022, and arrested the four suspects.

The four will be facing charges of multiple counts of falsification of documents.

The operation was conducted after the girlfriend of one of the suspects sought the office’s assistance because she was allegedly persuaded by the suspects to facilitate the production of fake identification under her name. 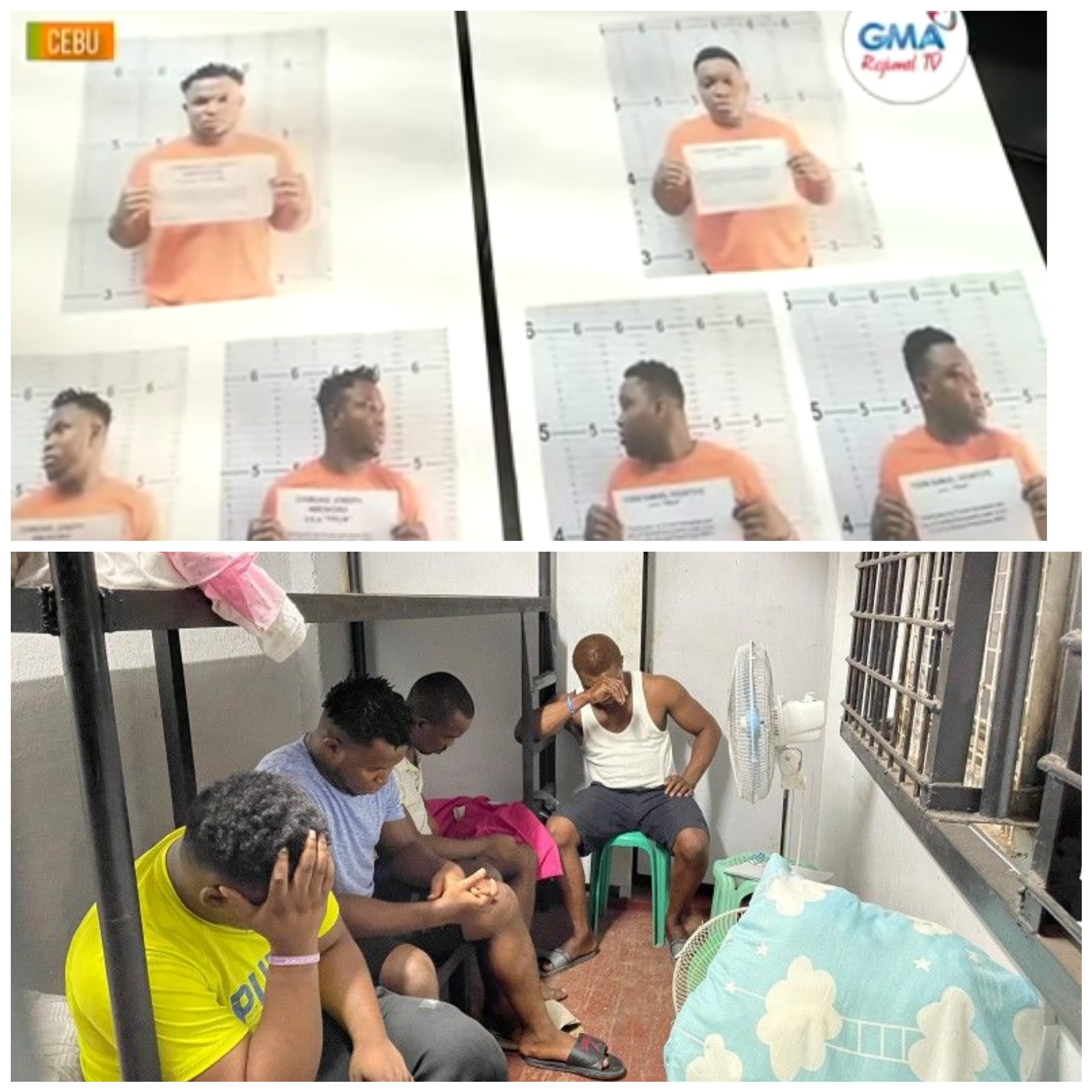 After obtaining fake IDs, she was compelled by the suspects to open several bank accounts that will be used as means to facilitate transactions relating to an online scam.

NBI-CEBDO said that the suspects started their operation in April 2022, though, they were not released ATM cards by the banks yet, said Agent Atty. Niño Rodriguez.

“If naa silay ma scam adto nila ma deposit considering nga naay ATM so they will just pull the proceeds. Based sa amoang complainant, there was a time nga gisugo siya to call someone and to tell that someone nga naay nasulod nga money sa iyang (back account) but she has to pay before she could withdraw that money,” said Rodriguez.

Based on the investigation, the falsified IDs of the girlfriend were printed somewhere in Colon in Cebu City.
Rodriguez said this was not the first time that there was an issue of falsification of IDs in Colon. He said the police have already conducted operations there.

Of the seized fake IDs, several photos used were from Filipinos but the names and details used were fictitious.

Seguro they met in dating sites and once they get the trust of Filipina, they would ask them to open bank accounts using their photos but not their names,” said Rodriguez.

Agent-in-charge Arnel Pura said they will be coordinating with the embassy of Nigeria in Manila to know the backgrounds of the suspects.

“Our presumption is they are all undocumented aliens, wala man silay passport, that is one of the factors atoang i-establish, nature sa ila’ng stay diri, wanted ba sa ila’ng country,” said Pura.