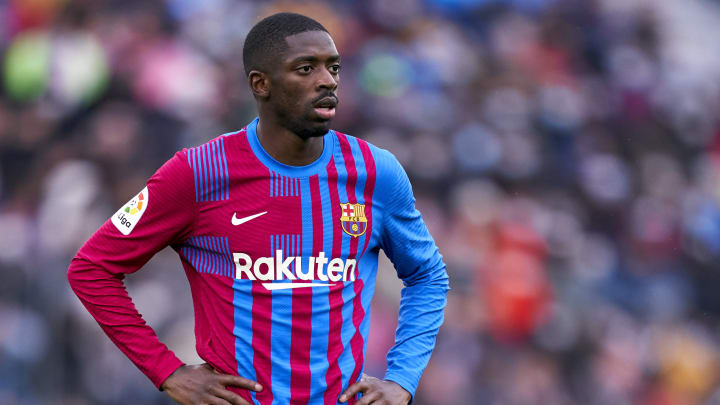 Ousmane Dembele, the Barcelona forward, has revealed the club he will play for next season, responding to speculation that he will leave the Nou Camp for Chelsea this summer.

Dembele’s current deal with Barcelona is set to expire this summer.

The 25-year-old has yet to sign a new contract with Barcelona after a disappointing season in which he only scored two goals in 32 appearances.

Reports in Spain have suggested that the France World Cup winner is open to leaving Barcelona and is keen to join his former manager, Thomas Tuchel, at Chelsea, who have expressed interest in a summer deal.

But Dembele has seemingly crushed Chelsea’s hopes of securing his services this summer by telling a fan he is ‘fine’ at Barcelona and will be staying put at the LaLiga giants next season.

Footage that has emerged on social media shows a fan interacting with Dembele as they sit in their cars at a traffic light.

“Are you staying in Barcelona?’ the fan asks, with Dembele replying: ‘Yes.’

Meanwhile, Spanish outlet Sport says the supporter then asks specifically about Chelsea and whether Dembele wants to work with Tuchel at the west London club, to which he replies: “I’m fine at Barcelona.”