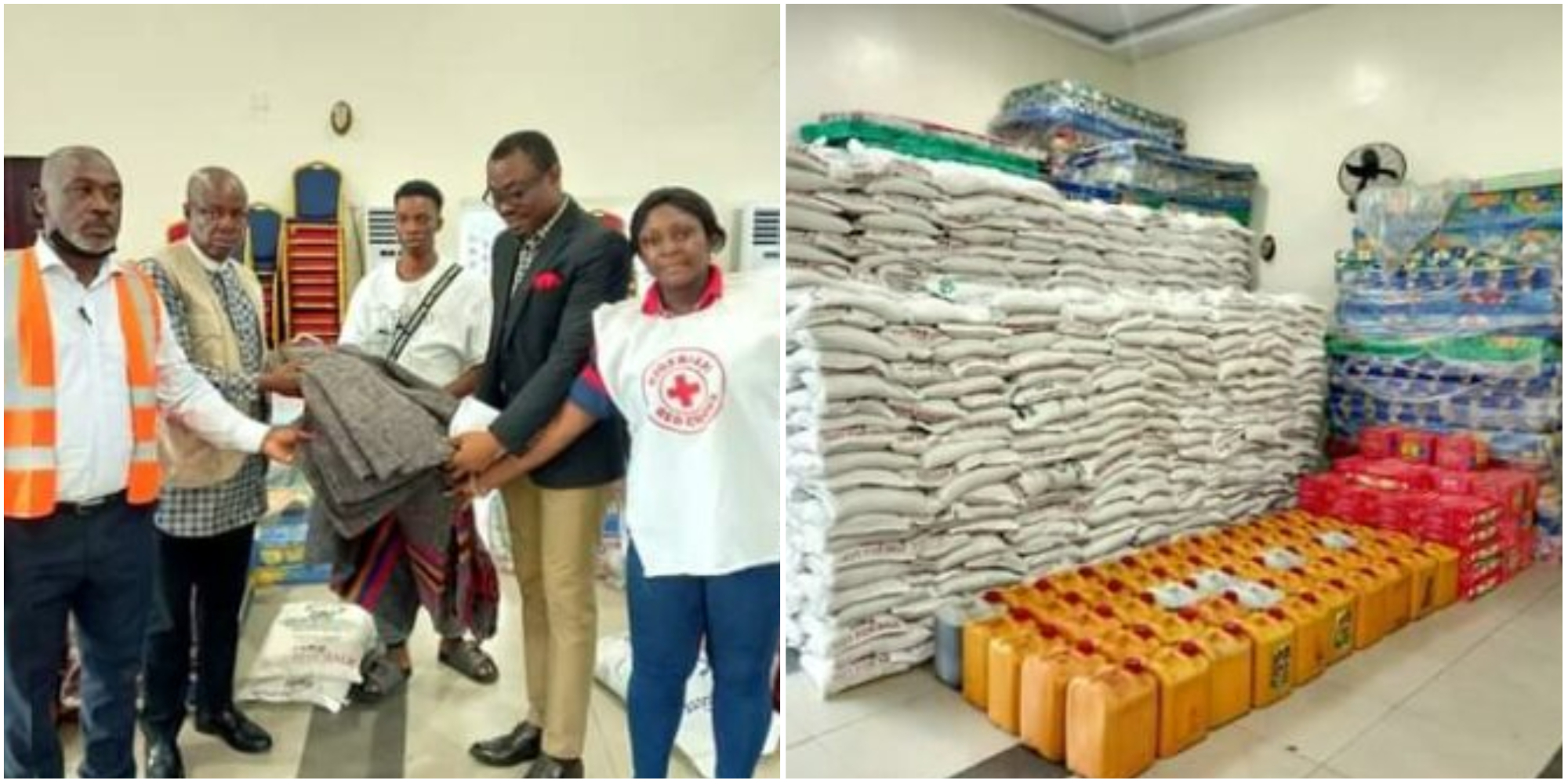 The National Emergency Management Agency (NEMA) has distributed relief supplies donated by the Federal Government to families of victims of the Port Harcourt Polo Club stampede.

Recall that the stampede took 39 lives on May 28 at a “Free Shopping” event organized by the Kings Assembly Church to donate basic necessities to members of the public.

Mr Mustapha Ahmed, Director-General of NEMA, handed over the relief materials to the church’s lead pastor on June 9 during a condolence visit to the Rivers Government and victims of the stampede.

DG Ahmed, who was represented by Mr Godwin Tepikor, the South South Zonal Coordinator for NEMA, stated during the distribution that President Muhammadu Buhari directed NEMA to distribute the materials.

He said: “What we are witnessing today is a direct distribution of those items given by the Federal Government through NEMA to the families that were affected by the stampede.

He said that the food and non food items donated by the Federal government were given directly to the families of the victims on Friday.

He said the items were given to 10 families that suffered various degrees of injuries, who were treated and discharged, and 39 families of those who died.

“Nine males and 30 females died, while we have three males and six females treated; the church treated and paid their bills. A total number of 49 persons were involved,” he said.

He also condoled with the families of the deceased.

Some family members of the deceased in an interview expressed their gratitude to federal government through NEMA for its gesture.

Mrs Silvaline Emesokwu, the elder sister to one of the deceased, Patience Emesokwu, who spoke to NAN also expressed her gratitude to the federal government over the items given to them.

Emesokwu said that her late sister left behind two kids who are now added responsibilities to the family.

“My late sisters children were on scholarship in their school before their mother died, now they are supposed to continue their studies if the society get it right.

“But we know that when death occurs people lose a lot due to the absence of the bread winner in the family.

“We are now looking for money to bury her, I am using this opportunity to appeal to State and federal government to assist us to bury our people;

“We also appeal to federal government to tell those in charge to release the corpses for us instead of telling us to go and swear affidavits, go to police to get police report, all these processes involve money.

“I’m pleading with government and the church to help us in their burials,” she said.

Mr Boms Emmanuel, who lost a nine year old daughter during the incident, appealed to federal government and the church to assist families of the deceased with fund to bury the dead victims.

Mr Chris Ugoh, the Lead Pastor of the King’s Assembly, Port Harcourt, expressed appreciation to the Federal Government through NEMA for assisting the church and the families of the victims.

“We are deeply sorry for what happened because since 2014 that we started serving the city every year, seeing to the needs of orphans, the less privileged, we have not experienced such an ugly incident or any problem.

“We pray that such a thing will never happen again, I’m particularly touched that the Director-General can make out time to come and see us today.

“Everything will be safe and appropriately distributed so that the people that should get this will get it,” Ugoh said.