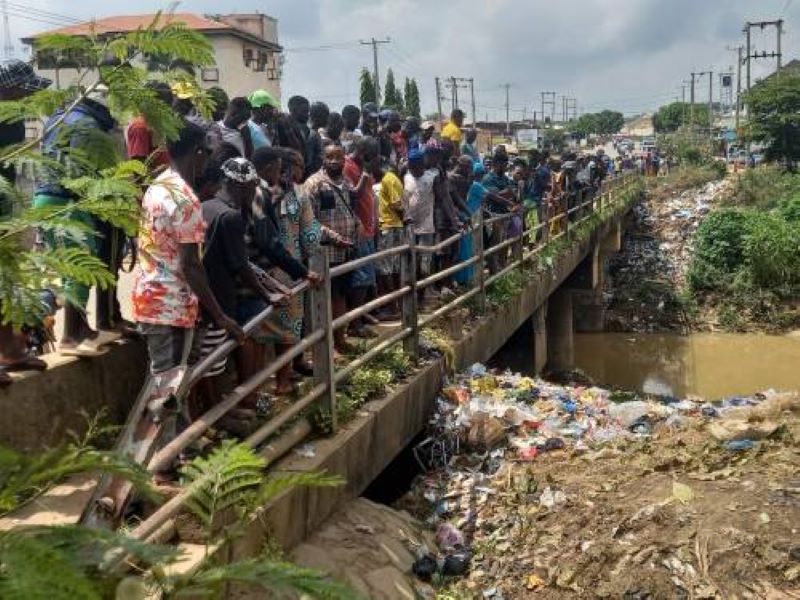 The butchered body of a yet-to-be-identified lady was found on Monday morning by a river in PW area, near Deeper Life Church in Kubwa, a suburb of the Federal Capital Territory (FCT), Abuja.

Suspected ritualists were believed to have dumped the beheaded corpse of the naked woman packed inside two bags beside the river.

The body parts were cut into pieces with blood stains on the bags.

The incident attracted a large crowd as residents thronged the location to catch a glimpse of the butchered and decapitated body of the lady.

According to SaharaReporters, an eyewitness who spoke on condition of anonymity said that the corpse was discovered early Monday morning following the stench coming from the spot.

He said the body might have been dumped by suspected ritualists in the night.

He said, “We saw the body this morning because of the odour that was coming from the river and when people moved closer, they found two bags with the body parts cut into pieces. We don’t know who dumped the body there but this looks like a ritual killing.

“One of the ritualists may have dumped her here in the night and zoomed off.”

The aforementioned publication reported that the river which is located in the centre of Kubwa where the incident occurred, is being used as a refuse dump for trash movers, popularly known as Bolar, thereby making it difficult for the residents to identify the perpetrators.

Some policemen from Kubwa Divisional Police station were sighted at the scene taking photographs of the corpse while the crowd lamented the tragedy.