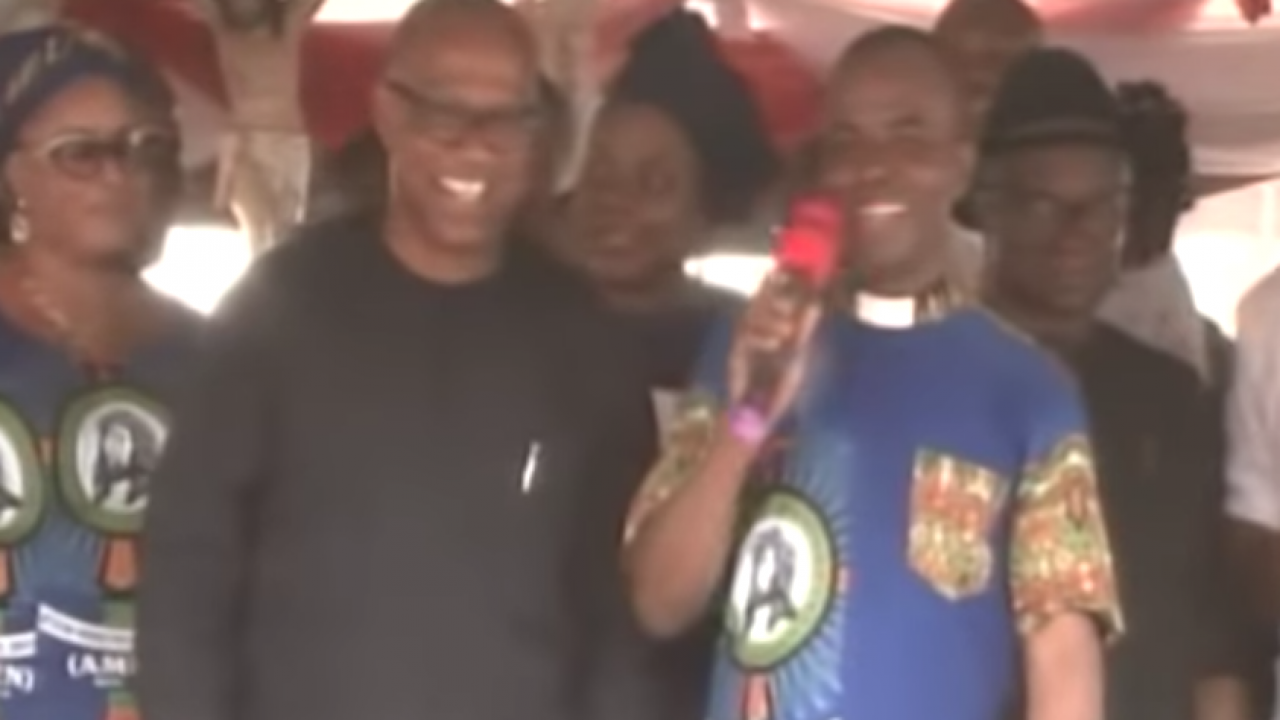 Peter Obi, the Labour Party presidential candidate, has finally responded to the statement made by Rev Fr Ejike Mbaka, Spiritual Director of Adoration Ministry Enugu Nigeria, that he is stingy and will never be President of Nigeria.

WITHIN NIGERIA had reported that worshippers on Sunday protested at the Adoration Ministry over sanction on Fr Mbaka by the Catholic authority.

Mbaka was sanctioned, and his services at the Adoration Ministry were suspended until further notice, due to his political statement.

Mbaka apologized to Obi and the Catholic Church for his outburst following the uproar.

Peter Obi said in a viral video on Monday that Mbaka is still his priest and father in faith, and that he respects the cleric.

The former Governor noted that if he attended the service where Mbaka made the declaration, he would have told him to pray for him to overcome the vision he saw.

“For me, Father Mbaka is an ordained priest of God and as a priest, he remains my priest. I will always respect and show my allegiance to the church. Whatever he says, I will take it because he’s my father in faith. I respect him and he’s my brother.

“If he says I am not going to be voted for because I don’t have money, I will pray that God will make those collecting money to vote to see reasons they should not do that.

“In fact, if I was there, I would have told him to pray for me to overcome it. I have met pastors who tell me things and I say since you have seen it let us pray that it doesn’t happen.”