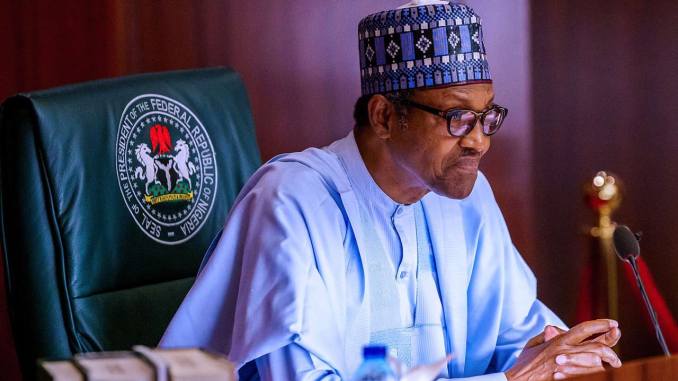 To address the challenges of electricity supply across the country, President Muhammadu Buhari announced on Tuesday that his administration is decentralizing the nation’s national grid through renewable mini-grids.

In an interview with Bloomberg News, Buhari stated that his government has set aside 550 million dollars to provide 20,000 stand-alone solar systems (SHS) and Solar Hybrid mini-grids in over 250 locations across the country.

Recall that power outages had become a frequent trend in Nigeria for the past few weeks, following the collapse of the national grid.

The situation had been exacerbated by an increase in diesel, which is used as an alternative source of energy by most households and businesses, resulting in a rise in goods and services.

“The 550 million dollar Nigeria Electrification Project has deployed more than 20,000 Standalone Solar Systems (SHS), as well as Solar Hybrid mini-grids in over 250 locations.”

Buhari also added that there were hundreds of ongoing projects and initiatives including the Presidential Power Initiative (PPI), a government-to-government initiative between the Governments of Nigeria and Germany, with Siemens AG, to upgrade the electricity grid with a 2 billion dollar investment.

“Once signed into law the constitutional amendment bill recently voted through parliament will allow state governments to generate and transmit their own electricity, further facilitating investor participation in our market and enabling states and local businesses to transmit excess supply to the grid,” Buhari said.