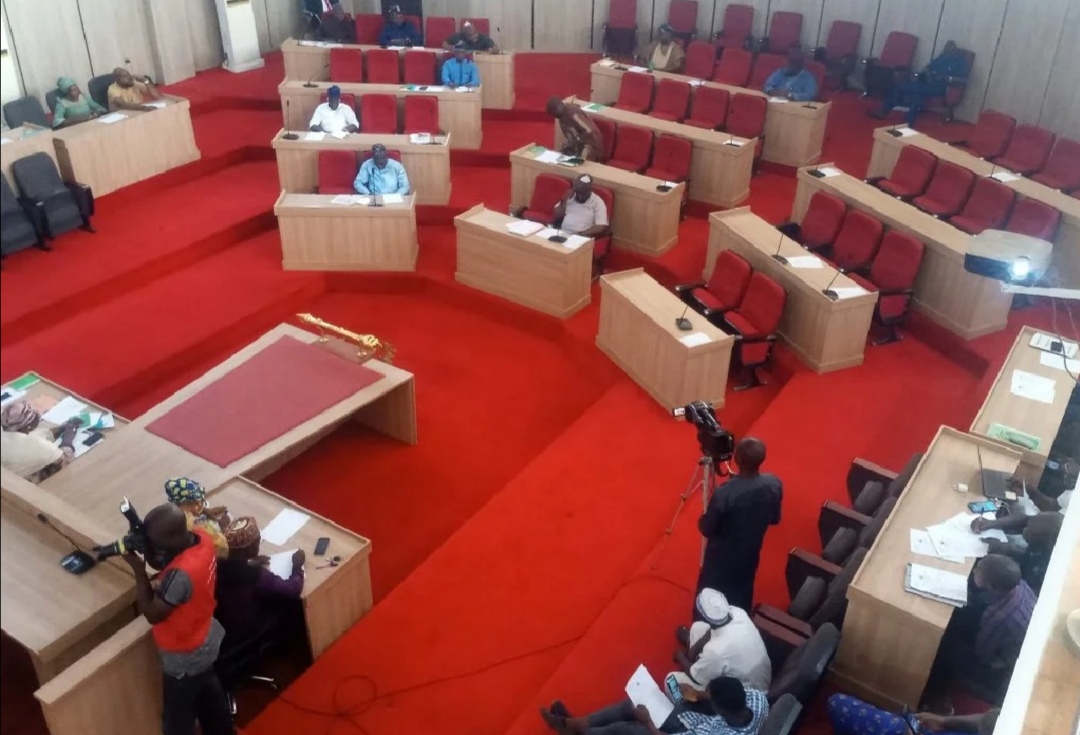 We’re not part of move to impeach Kogi speaker – Lawmakers

Lawmakers in the Kogi State House of Assembly have said they are not a party to the alleged impeachment proceedings initiated against the Speaker, Rt Hon. Mathew Kolawole.

The lawmakers made their position known on the issue during house plenary on Tuesday.

They explained that they collected signatures to pass a vote of confidence on Governor Yahaya Bello’s presidential ambition and not to impeach the Speaker.

The clarification of the lawmakers is coming a few days after the suspended former Deputy Speaker, Hon. Ahmed Mohammed representing (Ankpa I) and two other former principal officers, Hon. Bello Hassan Abdullahi (Ajaokuta), and Moses Odoo, (Dekina/Biraidu), told journalists that Prince Mathew Kolawole has been impeached as Speaker of Kogi State House of Assembly over alleged financial impropriety, high-handedness, serial abuse of office, refusal to abide by the provisions of the Constitution of the Federal Republic of Nigeria 1999 as amended.

Lawmakers, who took turns to speak during the house sitting presided by Prince Mathew Kolawole recalled that on 13th May 2022, members unanimously agreed to support Governor Yahaya Bello’s presidential ambition and not to impeach the speaker.

Reacting to the lawmakers’ comments, the Speaker, Prince Mathew Kolawole, said the suspended lawmakers have violated the house rule and will be investigated by the committee on ethics and privileges.

“The Chairman of this committee should write to these suspended lawmakers. It is a grievous offence. A member that is expected to be honourable is now acting dishonourably. I call this forgery because a document that is meant for something is being used for another thing.

“At this junction, the three former principal officer Hon. Ahmed Mohammed, Bello Hassan Balogun, and Ododo Moses remain suspended till further notice pending the outcome of the investigation,” he added