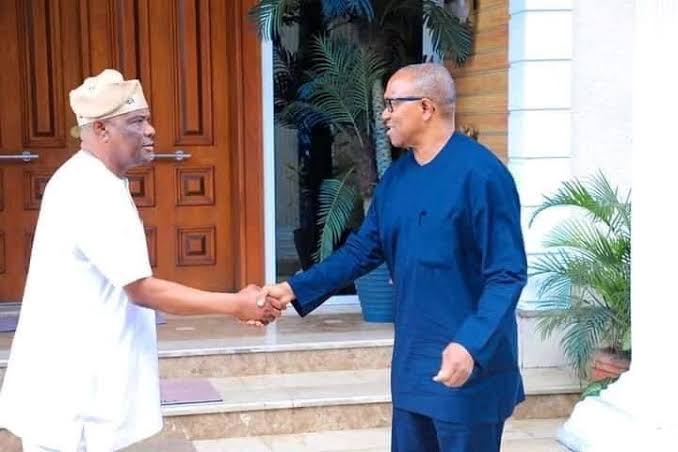 It was gathered that Obi arrived at the Government House in Port Harcourt on Wednesday morning and was received by Wike.

Both of them were said to have gone into the office of Rivers Governor where they discussed briefly.

They came out after the discussion but refused to speak on any issue as Wike bade his visitor goodbye.

There were indications their discussions centered on developments in the PDP and the party’s treatment of Wike during the presidential primaries and the process that led to the choice of the running mate to the PDP’s presidential candidate, Atiku Abubakar.

Obi was also said to have used the opportunity to solicit Wike’s support for his presidential ambition ahead of the 2023 general elections.

Wike is yet to react to the emergence of Delta State Governor, Ifeanyi Okowa as the Vice Presidential candidate of the PDP.

The NWC had reportedly picked Wike as the perfect candidate to balance the ticket, however, Atiku Abubakar opted for Okowa.

There are also reports that Governor Wike is set to dump the PDP.

The duo, however, did not speak on the purpose of the meeting as newsmen were not granted access.

Shekarau speaks on rumoured defection to another party

Shekarau speaks on rumoured defection to another party