The Academic Staff Union of Universities (ASUU), Bauchi State University, Gadau chapter executive council was disbanded by the National Industrial Court in Gombe after they continued to serve after their two-year term expired.

Dr. Ibrahim Danjuma, a lecturer at the university, filed the lawsuit under the number NICN/Bau/05/2022, accusing the respondents of interfering with the union’s BASUG chapter’s election, allowing chapter leaders to remain in office, and abandoning their mandate from congress to hold the chapter’s election.

In its judgment, delivered on Thursday, 16th June, 2022, the court ordered the Dr Yahaya-led executive council to leave office on or before 16th August, 2022.

The trial judge, Justice Mustapha Tijjani, further directed the electoral committee to continue with the process of electing a new set of leaders for the union.

The judge then warned the national leadership of ASUU against interfering with the electoral process of the union at the university.

WITHIN NIGERIA reports that Dr Danjuma instituted the suit following the electoral committee’s abandonment of its assignment barely 24 hours before the slated election day. 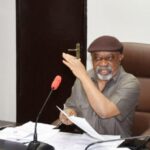 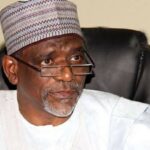