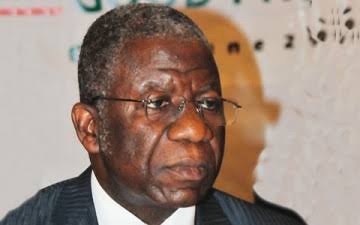 The Office of the Secretary to the Government of the Federation (OSGF) Wednesday assured that the reports of the Committee on civil service reform chaired by former head of service, Steve Oronsaye would soon be implemented by the government.

According Mbaeri, the two committees set up by President Muhammadu Buhari to look into the reports had concluded their assignments and would soon submit their findings for implementation.

He explained that the first committee was saddled with the responsibility of reviewing the white paper while the second was to evaluate all other government agencies established after the submission of the report.

“As these two committees are preparing to submit their recommendation, I can assure Nigerians that very soon, the report will be out,” he said.

The 2011 Oronsaye panel had recommended a reduction of the nation’s 263 agencies to 161; called for the scrap of 38 others with the merger of 52 agencies even as it proposed that 14 be reverted to departments in Ministries.

According to her, some of the CSOs had in the past enquired from her office on why directors were being mandated to pass Computer Based Tests before their appointment as Permanent Secretaries.

She wondered why a would be Permanent Secretary should be excused from a computer based test at a time the world was embracing digitalization.

“If the service is going digital, why should permanent secretaries who are the drivers of the digitalization process not take computer test? This is our argument. As part of the reform initiatives by this administration, Permanent Secretaries who are not computer literate cannot be expected to improve on service delivery,” she said.

Yemi-Esan further added that the selection process has continued to attract criticism because the position itself is elitist as every Director aspires to become a permanent secretary before leaving the service.

While debunking the allegation of corruption in the selection system, she disclosed that security agencies and officials from the Economic and Financial Crimes Commission (EFCC) and private sector play pivotal roles in the selection process.