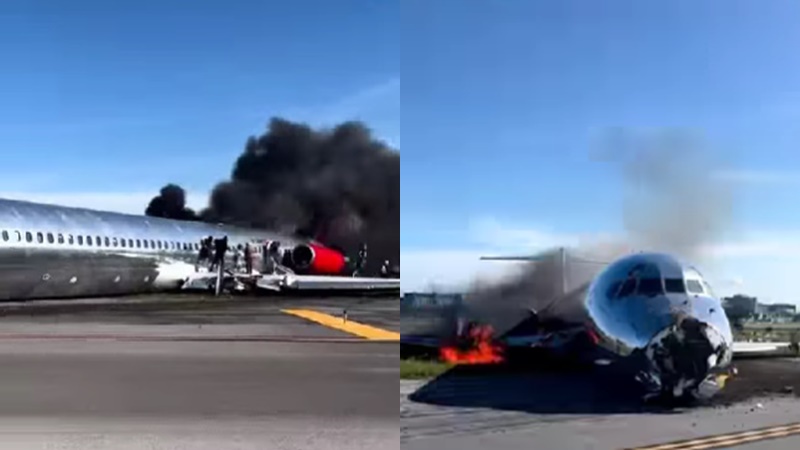 An airplane caught fire when it landed at Miami International Airport on Tuesday, June 21, causing not less than three people have been hospitalized.

According to a local outlet WSVN, after the Red Air flight which was coming from the Dominican Republic landed at the airport at about 5:30 p.m, it tore through a communications tower and a small building before stopping in a grassy area beside the runway.

The landing gear on the plane malfunctioned and fell off during the landing, officials said.

The plane was carrying 126 passengers and 11 crew members at the time of the crash.

Parts of the smashed-up communications tower could be seen on the plane’s right wing, which caught fire.

Three people were injured and taken to local hospitals, according to Miami-Dade Fire Rescue.

A video shared online shows passengers screaming in terror as they rushed out of the burning plane.
“What happened here is a miracle,” said Miami-Dade County Mayor Daniella Levine Cava, who had landed at the airport on a separate flight.

Tinubu-Shettima: They have drawn the line – Oyedepo’s deputy, Abioye…

“Apparently a tire burst, and then it went back up and came back down, and the landing was so hard, that the entire landing apparatus was destroyed and the belly of the plane is on the ground.”

One passenger, Paola Garcia, told the station “I thought I was going to die.

He added: “I started running and I jumped, and I thought it was going to explode.”

Another passenger, Paolo Delgado, said he saw the fire and the smoke before he said he started to smell something.

The National Transit Safety Board said it will be at the airport Wednesday morning. 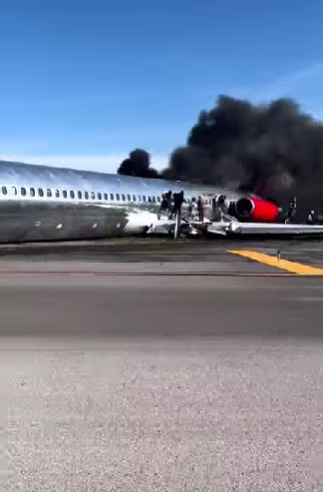