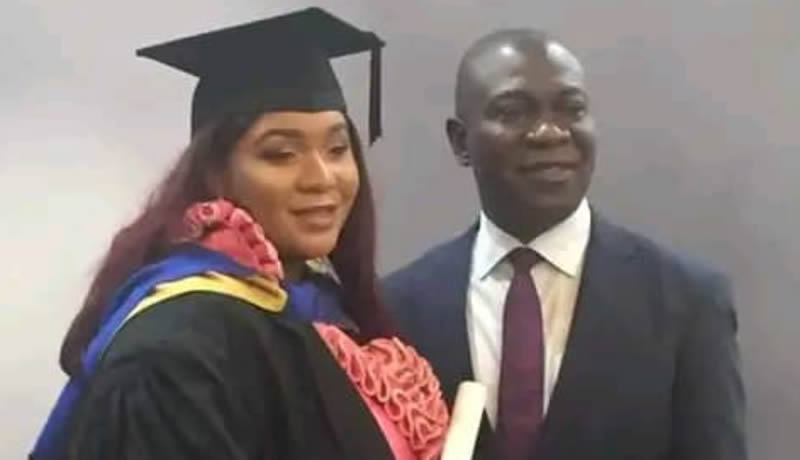 More facts have continued to emerged on the circumstances leading to arrest and subsequent detention of the former Deputy Senate President, Sen. Ike Ekweremmadu and his wife Beatrice in London on Thursday.

In a letter dated December 28, 2021 addressed to the British commission , Abuja entitled “Re: Medical  visa application for Ukpo Nwamini David” Ekweremmadu was said to have given an acknowledgement to the fact that he was in support of the visa procurement for 15 year old Ukpo for kidney donation to Ms Sonia Ekweremmadu, daughter of the Senator in United Kingdom.

The letter equally highlighted that the duo will be at the Royal Free Hospital London for the excercise even as Sen. Ekweremmadu would be providing financial support. 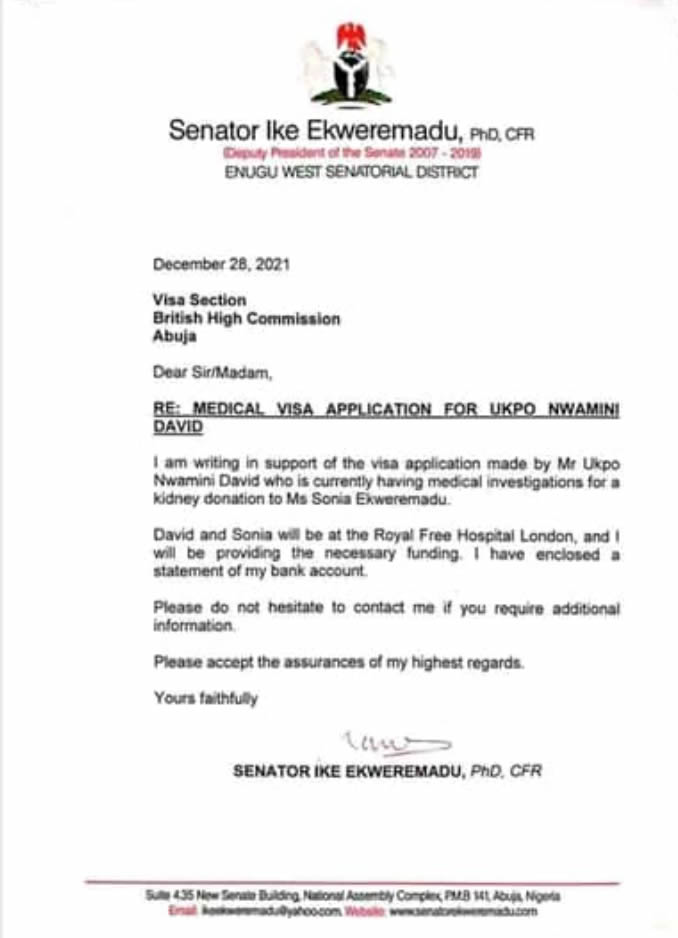 In other news, the embattled Former Deputy Senate President, Ike Ekweremadu and his wife, Beatrice have been reportedly denied bail in alleged slavery, child trafficking and organ harvesting case. The case which was presented before a UK court has been adjourned to July 7.