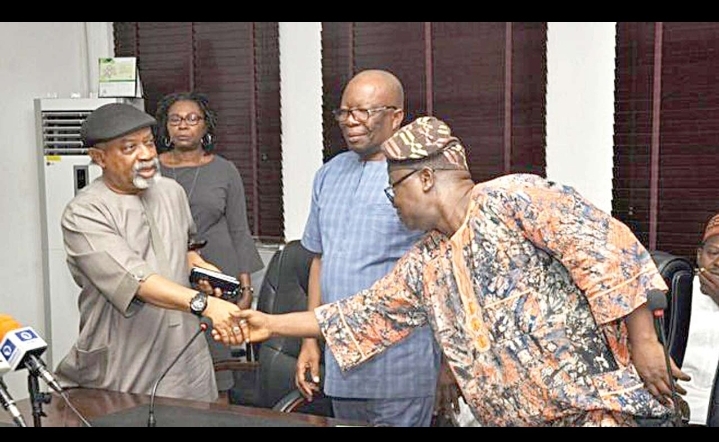 Minister of labour and employment, Chris Ngige has been slammed over his claim of a scheduled meeting on Thursday June 23, to resolve the ongoing strike by university lecturers.

Recall that on Wednesday June 22 while addressing reporters, Ngige had said the federal government will soon resolve issues on the strike by ASUU. He also said concerns over payment platforms will be addressed with the union and other stakeholders in the next meeting fixed for Thursday.

Countering his claiming during an interview on Channels Television’s Sunrise Daily on Friday June 24, President of Academic Staff Union of Universities (ASUU), Emmanuel Osodeke said the union did not receive any letter of invitation from the minister.

He also called for Ngige’s removal from the negotiation process for allegedly worsening the situation.

“We were not invited to any meeting. None of our members were invited. We have a secretariat but we never got any invitation from them.

“The problem we have with this government, especially with the minister of labour, is that if you can tell the world that you have fixed a meeting which you didn’t, how do you expect us to believe other things you have said?

Why ASUU Strike has not been resolved – Ngige

“He should confirm to the world that he sent an invitation to ASUU for a meeting on Thursday.