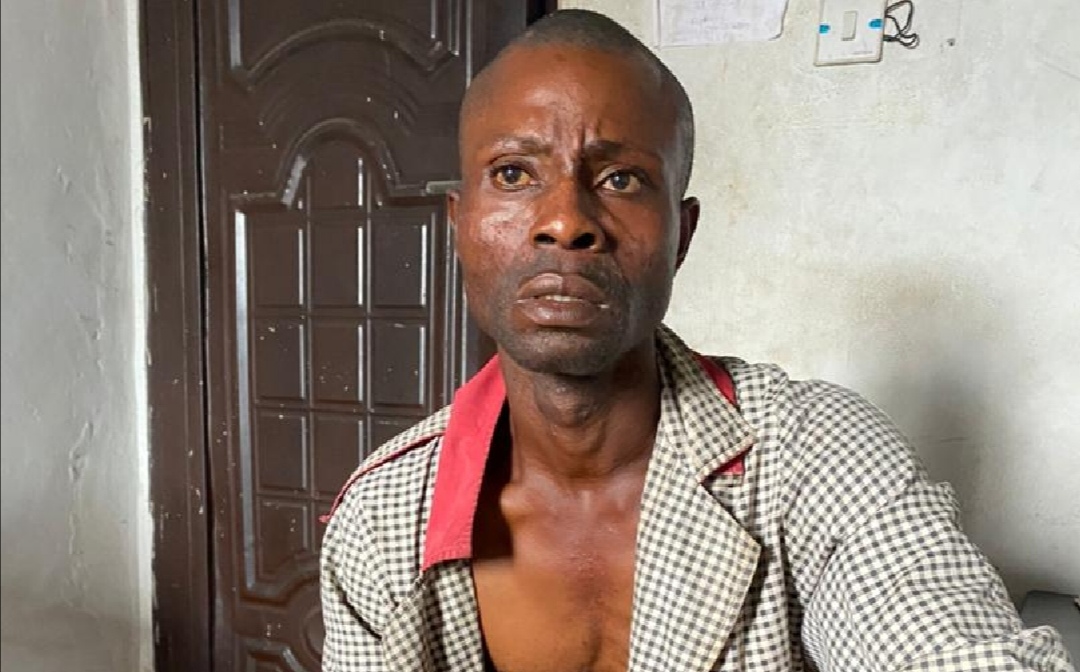 One Chidi Uhuo, has been arrested for allegedly raping the daughter of his wife’s late sister (names withheld) at Okwuijorogwu in Delta Stateqw.

The suspect admitted that he has only raped victim, a JSS two students, three times.

It was gathered that the suspect has been having carnal knowledge of the victim for the past three years.

Luck, however, ran out of him when he had carnal knowledge of the victim and threatened to kill her if she ever let his wife or anyone know of his deeds. He also threatened that he would no longer sponsor her education since her parents are dead.

The suspect has been detained at the Ebrumede Police Station in Uvwie Local Government Area of the state.

The Public Relations Officer of the Delta State branch of the Committee for the Defence of Human Right, CDHR, Comrade Kelvin Ejumudo, who disclosed this to the public on the CDHR WhatsApp platform, specially appreciated the proactive Divisional Police Officer,Ebrumede Division,CSP Iwok Ndifreke, for standing tall and ensuring the case was not compromised.

According to him, the cop has ordered the Investigating Police Officer, IPO, to as a matter of urgency charge the suspect to court first thing on Monday.

“We pray that such devilish individuals will not be seen anywhere near our environment and our children.”

Comrade Ejumudo also urged the Delta State Government through the Ministry of Women Affairs to take custody of the victim for counseling and rehabilitation, stressing that her parents are late and the aunt might not be happy with her because the husband will be taken to the correctional