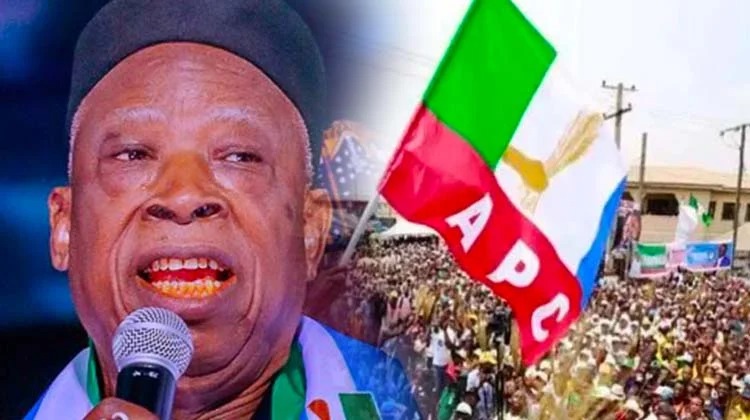 The All Progressives Congress (APC) on Thursday empowered the Governor Babajide Sanwo-Olu-led Osun Campaign Committee to use whatever it takes within the ambit of the law to win the poll ahead of the July 16 governorship election in Osun State.

The mandate was given by the National Chairman of the APC, Abdullahi Adamu at the inauguration of an 86-member campaign council for Osun governorship election.

The campaign committee would be chaired by Sanwo-Olu. The Lagos State governor is to be assisted by Governor Abdullahi Ganduje of Kano, while Kebbi State Governor, Senator Abubakar Bagudu; Chairman of the Southwest Governors’ Forum and Governor of Ondo State, Arakunrin Oluwarotimi Akeredolu; Governor of Borno State, Babagana Zulum’ Governor Nasir El-Rufai of Kaduna State and 15 others were appointed as vice-chairmen.

Former Minister of Transportation, Rotimi Amaechi; Minister of Communications and Digital Economy, Dr. Isa Ali Pantami; former Minister of State for Education, Emeka Nwajiuba; former Chief of Army Staff and Nigeria’s Ambassador to the Republic of Benin, General Tukur Buratai and former Attorney General of the Federation and Minister of Justice, Abubakar Malami were among the remaining 66 members of the council.

On Thursday, a battle-ready Adamu charged the council to leave no stone unturned.

“I urge you to go there and do whatever is doable within the laws of Nigeria and our electoral laws to win.

“My tolerance level and this national working committee level for failure is really really zero. Most of you have been statesmen in your own right (by the virtue of the) offices you held before today. But for this exercise, take off the big guns, take off the creepy suits wear and go down the trenches to bring that victory we want.

“Nobody should come back to us crying, failure is not our own by the grace of God. Whatever it takes within the laws of the land, I said go for it, win the election.

“Let them go complain. Let them go wherever. Let’s win the election. We have no apologies whatsoever for this posture because these two elections are for the best to the national election coming up in 2003.

“It will go in our credentials that we have the winning track record this National Working Committee that you elected we have a commitment. So we must be prepared to face him eyeball to eyeball.

“There is no sparing for any reason whatsoever, no sparing his party the PDP. We are going there to win by the grace of God,” he charged.

The APC national chairman declared that the plan to win, and the ability to execute the plan lies with the leadership that the council will provide in the campaign efforts.

This is even as he declared that there is no option to winning the state election, which, according to him, are forebears to the national election.

“Don’t apologize to anybody, we are the party of government, we are the party ruling the country today, no apology for anybody. The reality is Nigerians chose APC and we’ll do everything we can to retain this position of envy.

“Now, we are determined as a party, who will be our flag bearer in the forthcoming presidential election in 2023. We have chief Asiwaju Bola Ahmed Tinubu as our presidential candidate you all know that.

“These elections are the first steps (that) we are taking towards victory in 2023. We must not play with this. The challenge, everybody’s arrow is pointing at us, so we must show our capacity to bear the pressure and move out forces forward to victory.

“We are winning the battle of the states. But the real war to be won is the presidential election in 2023. And I do hope that we will not spare efforts to ensure that we come back victorious,” he stated. 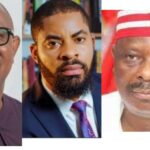