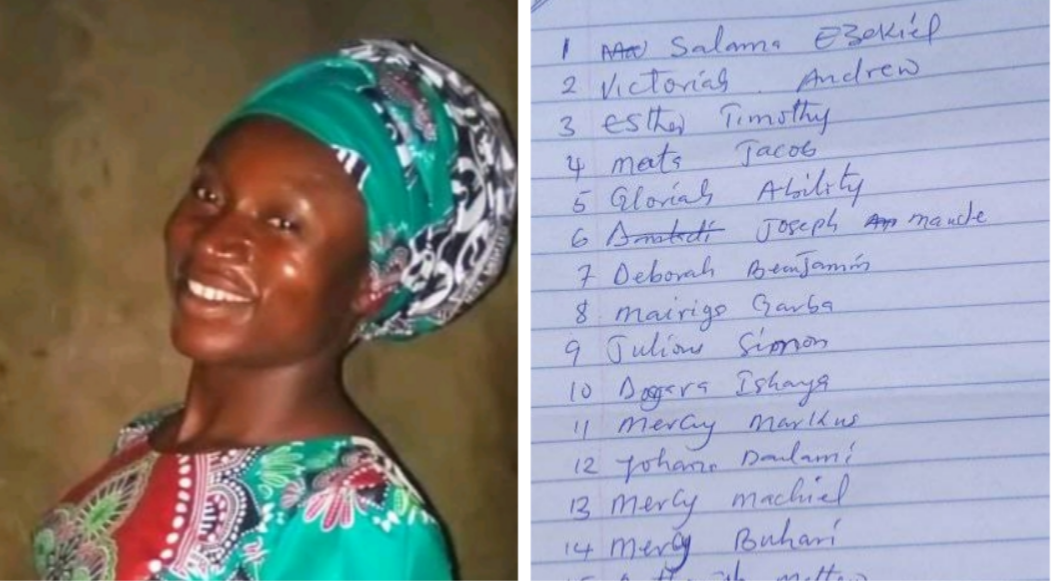 A resident identified as Yerima Timothy whose wife was also kidnapped said the incident happened on Tuesday morning, June 21.

Mr Yerima also shared a list with names of the those abducted by the bandits in the community.

It was gathered that the bandits also killed a pastor of the Evangelical Church Winning All (ECWA) identified as Ezra Shamaki and abducted his wife in Kasan Kogi village. 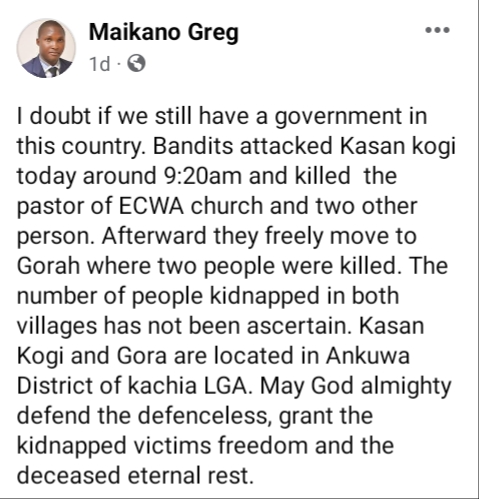 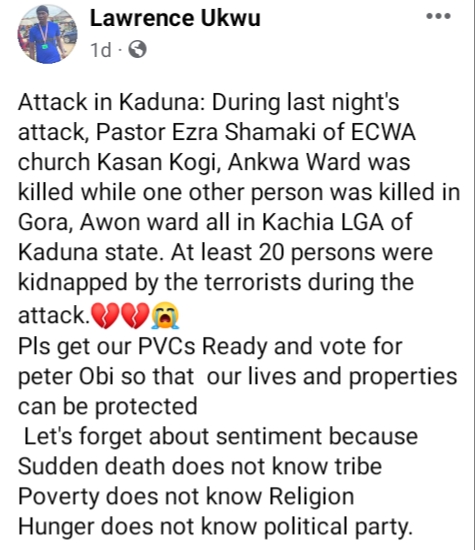 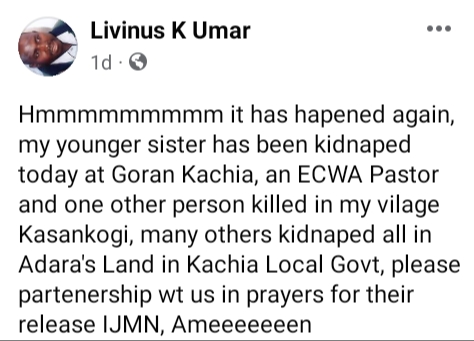 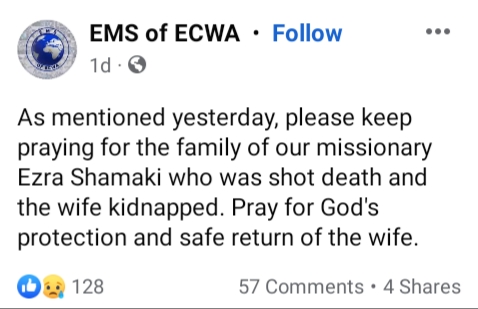 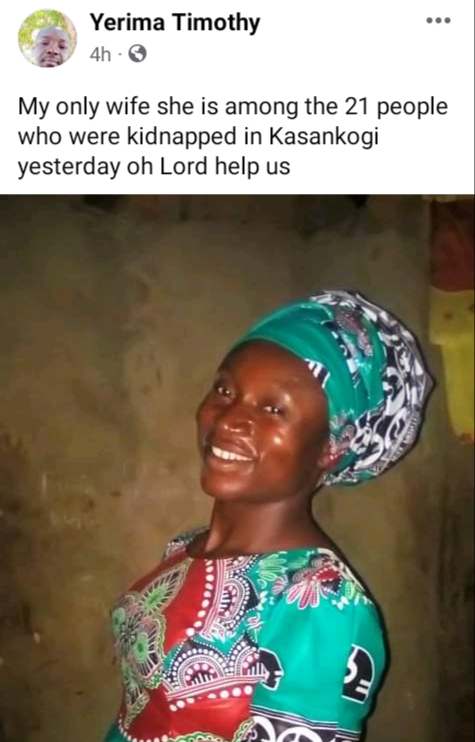 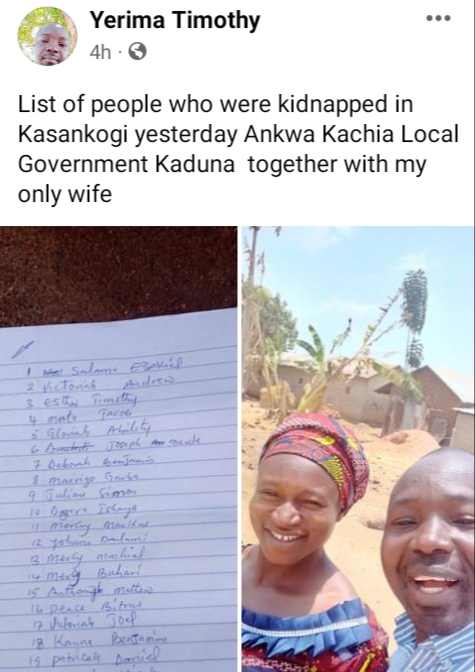 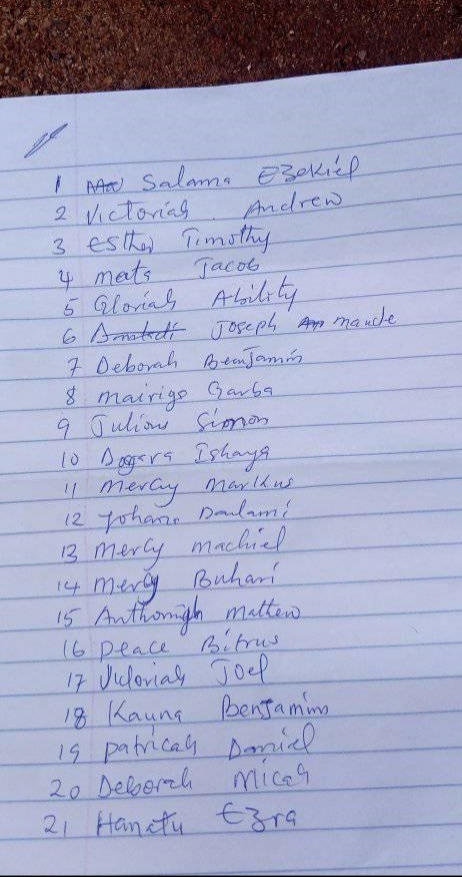