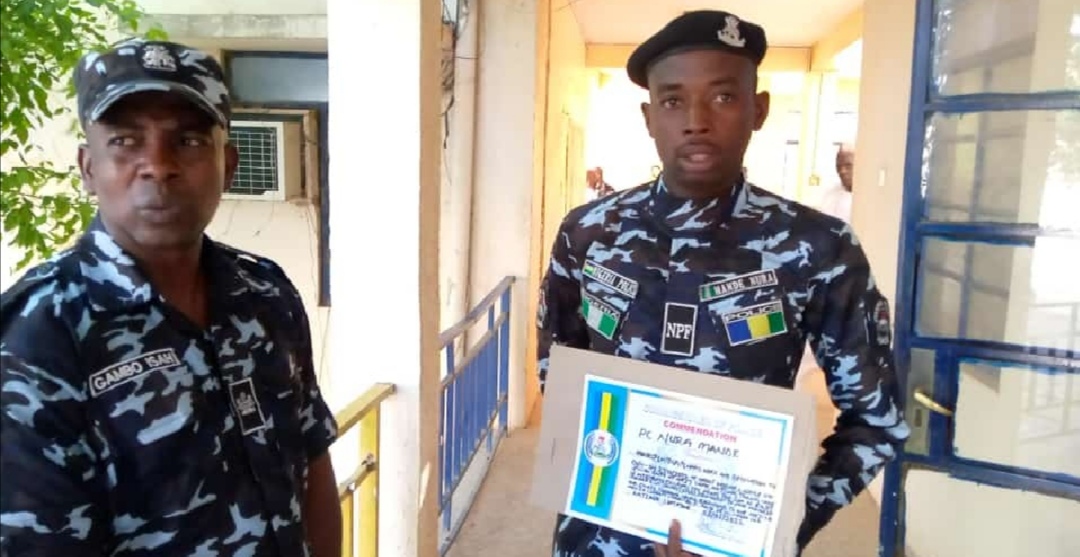 A Constable, Nura Mande, has received a cash reward of N30,000 for returning a missing 800 dollars to its owner in the state.

He was rewarded by the Katsina State Police Command.

The State Police Public relations Officer, SP Gambo Isah made this known in a statement on Friday.

According to the PPRO, the constable was presented with a letter of commendation and N30,000 cash by the Commissioner of Police, CP Idris Dabban.

The command spokesman recalled that Mande was on official duty at the state Pilgrims Welfare Board Hajj camp when he saw the 800 dollars which belonged to a female intending pilgrim, Hajiya Hadiza Usman.

“While discharging his duty at the Hajj camp, PC Mande found the 800 dollars on the ground and returned it to the board’s Director of Administration, Alhaji Sada Salisu-Rumah.

“PC Mande revealed that it was his fear of God that made him return the money to the board’s office so that it could be returned to the owner.

“Salisu-Rumah commended the police constable for his good behaviour and honesty,” he added.