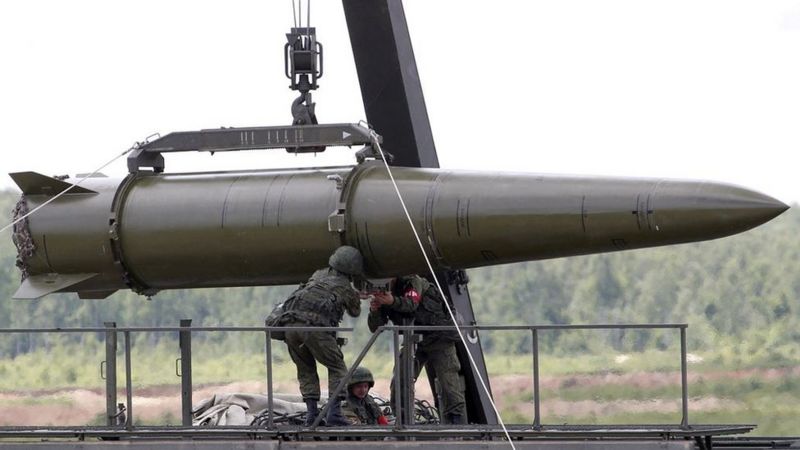 Russia will deliver iskander-M missiles with nuclear warheads to its ally Belarus.

Russian armoured columns sent in from Belarus were a part of Russia’s invasion of Ukraine on February 24.

In the past, Iskander missiles were stationed in Kaliningrad, a tiny Russian Baltic territory situated between Lithuania and Poland, two NATO members. They have a range of up to 500km (300 miles).

Russian President Vladimir Putin made the promise when he met his Belarusian ally Alexander Lukashenko in St Petersburg on Saturday.

The Belarusian President also asked Russia to make his country’s warplanes nuclear-capable, and the Russian leader further promised that Belarusian Su-25 fighter jets would be upgraded.

Ukraine also reported a heavy rocket strike on Desna, a village near Chernihiv in the north.