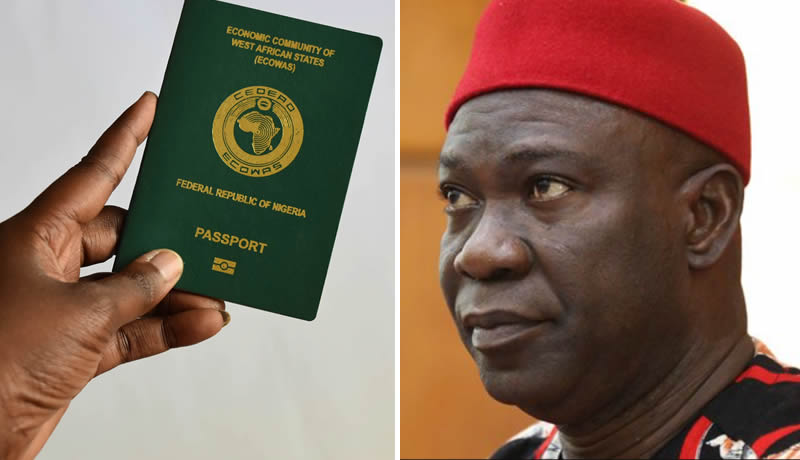 The Nigeria Immigration Service is investigating the authenticity of the passport obtained by Nwamini David, who was alleged to have been trafficked to the United Kingdom for organ harvest by a former Senate President, Ike Ekweremadu and his wife, Beatrice.

It was gathered that the service is probing allegations that the travel document may have been fradulently procured.

The investigation was confirmed on Saturday to newsmen by the acting Comptroller-General of Immigration, Mr Idris Jere.

Ekweremadu, the senator representing Enugu West Senatorial District, was arrested by the UK Metropolitan Police on Tuesday with his wife, for conspiracy to harvest the organs of a minor.

Ekweremadu and his wife allegedly facilitated David’s entry into the UK to transplant his kidney into their daughter, Sonia, who is suffering from kidney failure.

The couple was arraigned at the Uxbridge Magistrate Court in London on charges of conspiracy and organ harvest on Thursday.

The prosecutor disclosed that David is a 15-year-old boy, adding that he was not aware that he was in the UK to donate a kidney until he went for a hospital appointment with the Ekweremadus.

A trending picture of David’s passport, however, indicated that he was born on October 12, 2000. This means he is 21 years old.

Reacting to controversy surrounding David’s passport, the CG said the service was probing the passport and would soon come out with its findings.

“We are investigating the passport and the issues surrounding it. We will come out with our findings soon,” Jere stated.