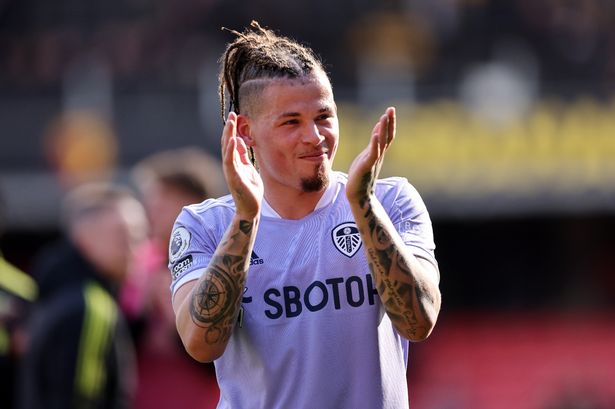 Manchester United will regret not trying to sign Kalvin Phillips, a midfielder for Leeds United, according to Tony Cascarino, a former Chelsea forward.

The former Premier League star is left in disbelief that United allowed the midfielder to move to Manchester City instead.

Phillips’ transfer to City is almost complete after Pep Guardiola’s team reached a £42 million deal with Leeds for the midfielder.

Erik ten Hag, the manager of Manchester United, wants to assemble a group that can contend for significant awards this summer.

After witnessing Paul Pogba, Jesse Lingard, Juan Mata, and Nemanja Matic leave Old Trafford, midfielders are at the top of Manchester United’s list of players to sign this summer.

Speaking on the Weekend Sports Breakfast, Cascarino said: “I don’t know why Man United have not made a move for Kalvin Phillips.

“They might say that they tried to and he’d already decided that he was going to City, but he’s exactly what Man United need.

Transfer: How Cristiano Ronaldo is not loyal to Man United –…

“He might not have wanted to go there, that might be the reason, but there seemingly wasn’t any competition from a club who sorely need that type of player.

“It’s a huge miss in their team, a ball-winning player who can keep it and let other players do their thing and he does that as well as anybody.”