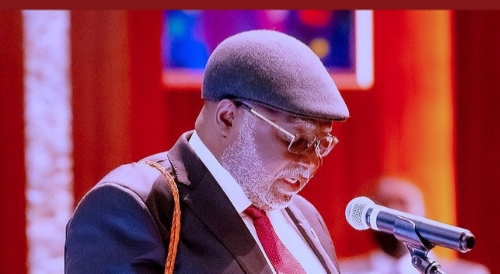 This development comes following the resignation of Justice Tanko Muhammad as the Chief Justice of Nigeria on Monday.

Recall that some media houses including WITHIN NIGERIA reported that Ariwoola, who is the most senior Justice of the Supreme Court, was sworn in around 3:00pm, hours after the resignation of the former CJN.

However, here are 15 things you probably do not know about the acting CJN:

2) He hails from Iseyin, Oyo State.

3) He started his education in Iseyin at the Local Authority Demonstration School, Oluwole, Iseyin Local Government Area of Oyo State, where he finished his primary education in 1967.

4) He attended the Muslim Modern School in the same town between 1968 and 1969 before proceeding to Ansar-Ud-Deen High School, Saki, in Oyo-North of Oyo State.

5) Ariwoola studied Law at the University of Ife (now Obafemi Awolowo University), Ile Ife, and bagged his Bachelor of Law degree with Honours in July, 1980.

6) Justice Ariwoola was called to the bar in July 1981, and got enrolled at the Supreme Court of Nigeria as a Solicitor and Advocate soon thereafter.

8) He worked as Counsel-in-Chambers of Chief Ladosu Ladapo, SAN, between October 1988 and July 1989 when he established Olukayode Ariwoola & Co – a firm of Legal Practitioners and Consultants in Oyo town in August, 1989.

10) He served as Chairman, Board of Directors, Phonex Motors Ltd – one of Oodua Investment conglomerate – between 1988 and 1992.

11) Ariwoola served as Chairman, Armed Robbery Tribunal, Oyo State, between May 1993 and September 1996 when he was posted out of the headquarters, Ibadan, to Saki High Court.

12) He served on the Election Tribunals in Zamfara and Enugu States in 1999, and on Election Appeal Courts in Port-Harcourt, Enugu, Benin, Yola and Ilorin at various times.

15) Justice Ariwoola was sworn in as the acting Chief Justice of Nigeria by the President, Major General Muhammadu Buhari (retd.), on Monday, June 27, 2022.