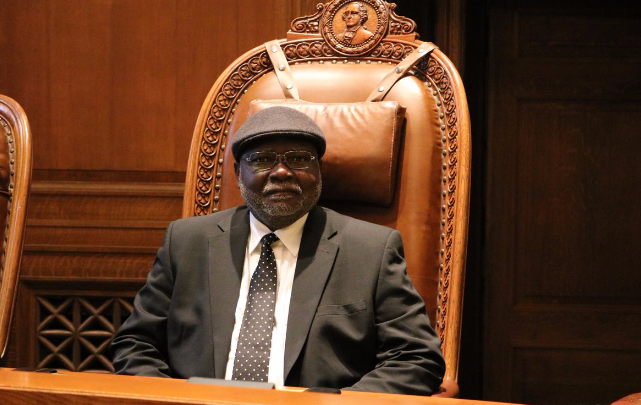 Gov. Seyi Makinde of Oyo State has congratulated Justice Olukayode Ariwoola, on his elevation and swearing-in as the Acting Chief Justice of Nigeria (CJN) by President Muhammadu Buhari.

Makinde described Ariwoola’s elevation as Acting CJN as a deserving development and reward for diligence, patriotism and service to the nation.

The congratulatory message was contained in a statement issued by his Special Assistant on Print Media, Mr Moses Alao, in Ibadan on Monday.

The governor said he has no doubt that the Iseyin-born jurist would restore the glory of the apex court and the judiciary.

“I congratulate a noble son of Oyo State, His Lordship, Justice Olukayode Ariwoola, on his elevation and swearing-in as Chief Justice of Nigeria, in acting capacity.

“This elevation comes as a deserving development, a well-deserved promotion that comes after decades of hard work, diligence, patriotism and forthrightness in the judiciary.

“I have no doubt that the new Acting CJN will turn around the fortunes of the judiciary and the apex court for good by bringing his wealth of experience to bear in restoring the glory of the judiciary.

“On behalf of the good people and government of Oyo State, I celebrate Justice Ariwoola and pray to God to grant him the needed enablements to succeed in the new office,” Makinde stated.