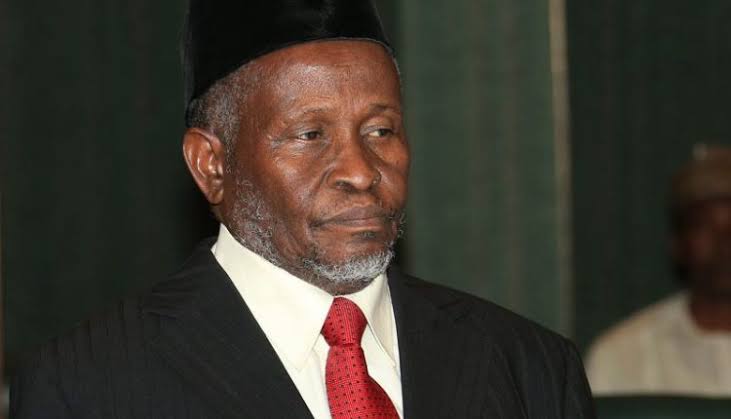 The Chief Justice of Nigeria, Justice Tanko Muhammad, has resigned, according to Channels Television.

The station quoted some sources as saying that the CJN resigned on Sunday night, citing ill-health as the reason for his decision.

According to Channels Television, the arrangements are ongoing to swear in the next most senior justice of the Supreme Court, Justice Olukayode in an acting capacity.

According to reports, a formal announcement will be made shortly.

Until his resignation, reports had it that Justice Muhammad was seriously ill.

The development is the latest on the rumblings that followed the altercation between the 14 justices of the Supreme Court and the Chief Justice of Nigeria.

WITHIN NIGERIA had reported that 14 serving justices of the Supreme Court of Nigeria, SCN had confronted the Chief Justice of the Federation, CJN, Justice Ibrahim Tanko Muhammad over welfare issues.

The aggrieved judicial officers said while the relevant Federal Government agencies saddled with the responsibility of reviewing upward their salaries and allowances kept them on the same salary for 14 years now, the Supreme Court of Nigeria, under the leadership of Justice Muhammad, had worsened their situation by denying them the welfare package they were entitled to, even when the package was captured by the court’s budgetary allocation.

The justices contended that the work they do is very serious and sensitive ones which ordinarily required the appropriate authorities to take good care of them to be able to deliver as expected.

They said unfortunately, they were currently hampered by both internal and external forces to a point that it was becoming practically impossible for them now to discharge their sensitive duties to the nation.

The Supreme Court of Nigeria is the highest and final court of law in the country, and a vital constitutional organ in the separation of powers scheme.

The Constitution of the Federal Republic of Nigeria has saddled the SCN to be its guardian. By its interpretation, the Constitution is what the Supreme Court says it is and its decisions on varying issues including life and death are final.

It is a court with the highest stake in the stability and structure of Nigeria and how good governance emerges or is protected.

The justices said as important as their roles are in the country, they said they have been relegated to the background even by their own.